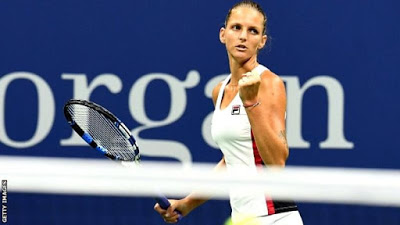 Czech 10th seed Karolina Pliskova outplayed Serena Williams to reach the US Open final and end the American’s reign as world number one.

Williams, 34, double faulted on match point to give Pliskova a 6-2 7-6 (7-5) win, and she will face Angelique Kerber or Carolina Wozniacki in the final.

The result guarantees that Germany’s Kerber will overtake Williams at the top of the rankings after the US Open.

She remains tied with Steffi Graf for both Grand Slam titles, and the WTA record of 186 weeks at the top of the rankings.