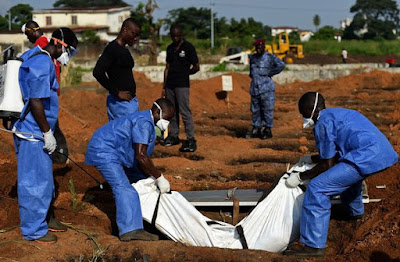 An Ebola ‘epidemic’ has been declared in the Democratic Republic of Congo after several deaths have been linked to the killer virus. The World Health Organisation said three people have been killed.

Another person is known to have developed the virus and is exhibiting fever symptoms. A spokesman for health agency says it is taking the situation “very seriously”.

One person has tested positive for the Ebola virus in the Democratic Republic of Congo, the health ministry said in a statement on Friday.

The case was confirmed from tests on nine people who came down with a hemorrhagic fever in Bas-Uele province in the northeast of the country on or after April 22, the statement said – adding that at least two of the sufferers are known to have died.