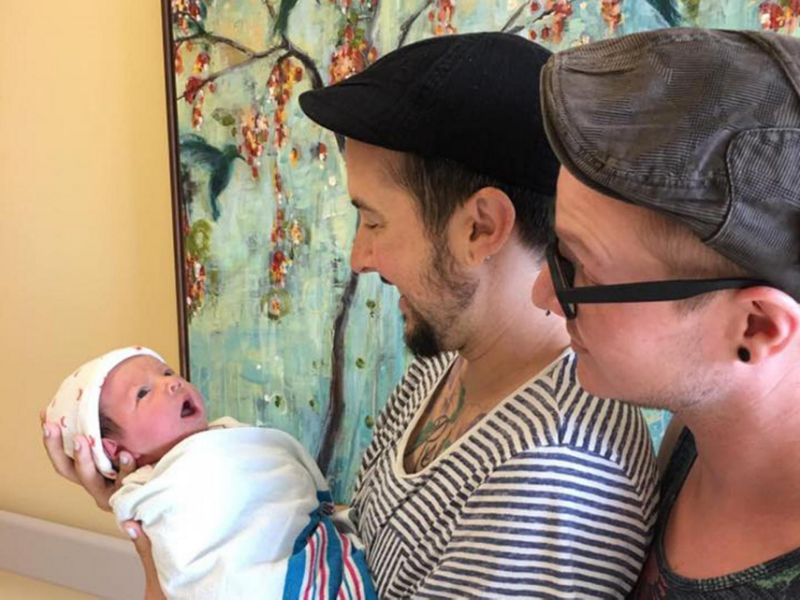 Breaking – A transgender man, Trystan Reese has given birth to a baby boy in the United States of America.

Reese, from Portland, Oregon, was born female but started taking hormones about 10 years ago.

He stopped when he got pregnant and has now given birth to a son, Leo.

Reese suffered a miscarriage the last time he got pregnant and believed he had missed his chance to have children of his own.

Leo becomes the first biological child for Reese and his husband, Biff Chaplow, who already have two adopted children.

“I would say it’s unique. I understand that people are not used to two men having a biological child,” Reese told Fox News.

The couple said their friends and family have supported their decision throughout but they have received some backlash from people online.