Their surrogate is reportedly set to give birth to their third child, a baby girl, in January.

But Kim Kardashian and her husband Kanye West didn’t appear to be in the mood to celebrate when they had date night on Tuesday, with the pair looking equally glum as they left West Hollywood’s Peppermint night club.

Yeezy kept it breezy in a sweatshirt and hoodie, while his 36-year-old wife made more of an effort, pouring her curves into a mid-length pink boob tube dress.

Their not-so-romantic outing follows reports that they’ve forked out £1.2million on security guards to watch over their surrogate 24-7. The anxious pair has apparently set her up in a suburb where no-one would ever expect to find the surrogate of one of the most famous couples in the world. 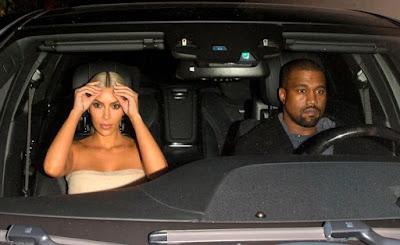 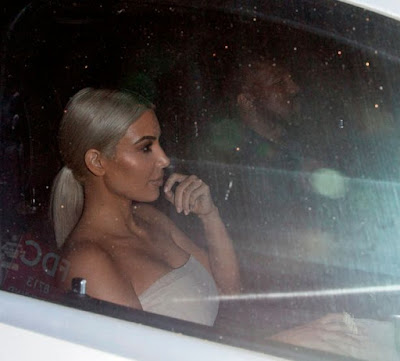