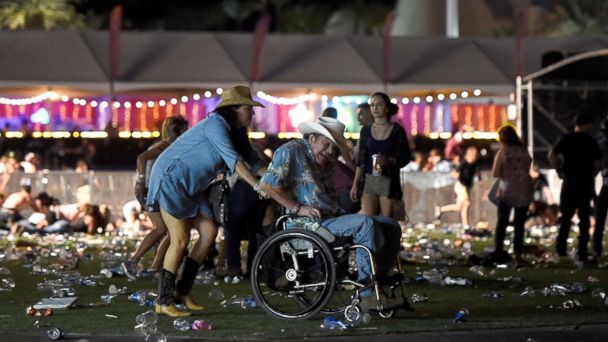 More than 20 people were killed and 100 injured when what appears to be a lone gunman opened fire from a perch high up in the the Mandalay Bay Resort and Casino in Las Vegas Sunday night, police said. 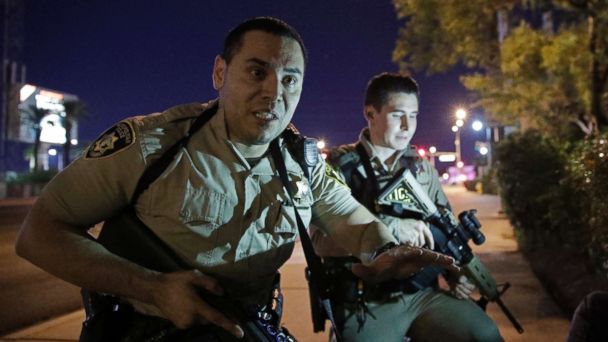 The “nonstop gunfire,” according to one witness, sent bystanders outside the resort on the Vegas strip ducking for cover and fleeing for their lives. Tourists hid in their hotel rooms and flights headed into the McCarran International Airport were held elsewhere.

Bystanders sprang into action, caring for the wounded and at least one described someone dying in their arms.

Videos filmed by onlookers gave a window into the chaos that ensued, with some thinking that fireworks were going off. The final night of the Route 91 Harvest Music Festival was taking place across the street from Mandalay Bay when the shooting took place and concertgoers were caught off-guard.

In the wake of the shooting, the Las Vegas Police Department said the suspected gunman, was believed to be a local, was on 32nd floor of Mandalay Bay hotel. Police responded to the scene, engaged him and he is now dead. Officials said they did not believe there were any more shooters.

Authorities were looking for a companion of the shooter, Marilou Danley, as well as two vehicles, a Hyundai Tucson and Chrysler Pacifica, both with Nevada plates. At least two police officers were hospitalized. Read More: Source