Former Aviation Minister, Femi Fani-Kayode, has called on President Muhammadu Buhari to tell Nigerians about the whereabouts of the leader of the Indigenous People of Biafra, IPOB, Nnamdi Kanu.

In a post on Twitter, the former Minister insisted that Kanu has not been seen nor heard from ever since the army under the military Operation Python Dance, invaded his home in Umuahia, Abia state.

He said Buhari should be bold enough to tell Nigerians if the army killed the pro-secessionist leader or not.

Fani-Kayode wrote, “Happy independence day Nigeria! Can @MBuhari now tell us what his army did to Nnamdi Kanu after invading his house and killing the people and dogs that were there?

House on the Rock on Fire(Photos/Video) 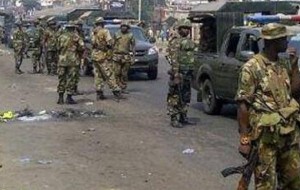