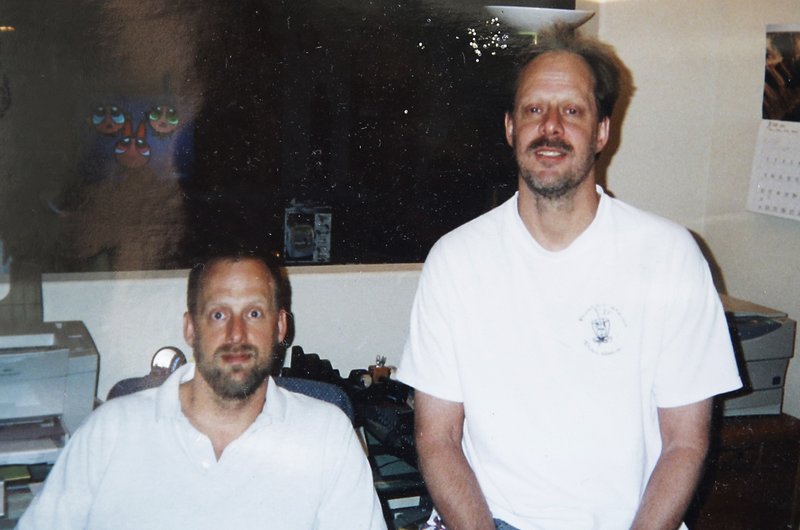 Stephen Paddock lived in a tidy Nevada retirement community where the amenities include golf, tennis and bocce. He was a multimillionaire real-estate investor, recently shipped his 90-year-old mother a walker and liked to travel to Las Vegas to play high-stakes video poker.

Nothing in his background suggests why he would have been on the 32nd floor of the Mandalay Bay Hotel and Casino with at least 17 guns on Sunday night, raining an unparalleled slaughter upon an outdoor country music festival below.

“I can’t even make something up,” his bewildered brother, Eric Paddock, told reporters Monday. “There’s just nothing.”

At least 58 people were killed and more than 500 injured in Paddock’s attack on the Route 91 Harvest Festival, where country music star Jason Aldean was performing for more than 22,000 fans. It was the worst mass shooting in modern U.S. history. The 64-year-old gunman killed himself in the hotel room before authorities arrived.

Asked about a potential motive, Sheriff Joseph Lombardo said he could not “get into the mind of a psychopath at this point.”

Public records offered no hint of financial distress or criminal history. Eric Paddock, who spoke with reporters outside his home near Orlando, Florida, said even if his brother had been in financial trouble, the family could have bailed him out.

“No affiliation, no religion, no politics. He never cared about any of that stuff,” Eric Paddock said as he alternately wept and shouted. “He was a guy who had money. He went on cruises and gambled.”