Bible Text: Numbers 16:41-50
Key Verse: “But on the morrow all the congregation of the children of Israel murmured against Moses and against Aaron, saying, Ye have killed the people of the LORD” (Numbers 16:41).

Message: At a memorial service for a man of God, several speakers recalled great virtues of the deceased minister. When one guest stood up, he affirmed the truthfulness of those who spoke ahead of him. But he added that if many of them had been in attendance at the regular services of the church, their pastor would not have died. He then observed that, “The late minister did not know of your love. He died for lack of the things you have today, so beautifully said and done”.

It is a marvel that Moses and Aaron did not die prematurely from the habitual grumbling of the children of Israel. Their murmuring, nevertheless, provoked Moses to offend God, which denied him access to the Promised Land. It was also their complaints that moved Aaron into pushing Israel into idolatry. It earned Miriam the judgment of leprosy.

The Israelites did not appreciate their leaders. They always saw the dark side of events even when they had quite a vast history of remarkable occurrences and miracles to praise God for. God deserves to be thanked for His loving kindness in all respects. He created us and provided all we need to sustain us.

In His infinite wisdom, He has not allowed man to be consumed by the powerful elements of nature. The greatest He has given us is Jesus Christ, the Saviour of the world. This reality of salvation gives us hope that upon leaving earth, a believer in Jesus will spend his eternity in heaven with God. We should be eternally grateful to God for this and stop grumbling.

DCLM Daily Manna 22 July 2018 Devotional was written by Pastor William Folorunso Kumuyi; is the founder and General Superintendent of the Deeper Life Bible Church situated at KM 42 on the busy Lagos-Ibadan Expressway, Nigeria. 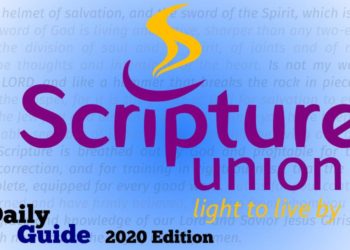