2. Godly character opened the door of supply for Elisha the prophet (2 Kings 4:8-11)
Character is perceivable; people’s perception of you determines your possession in life

6. Godly character opened the door of salvation for the Centurion and the whole of the Gentile world (Acts 10:1-6)
Character will give you what money can’t give
Your character will open the door that your money cannot open.

SCRIPTURAL EXAMPLES OF CLOSED DOORS BY BAD CHARACTER:
1. Ungodly character closed the door of destiny for Reuben, the first born of Jacob (Gen. 35:22; 49:3-4; 1Chron. 5:1-2)
There is no compromise without consequence, no iniquity without returns
Never tamper with bad character; the consequences may not be immediate but they must happen!

4. Ungodly character closed the destiny of Judas Iscariot (John 12:1-6; Matt. 26:24-26, 27:3-5)
The loss of character equals the loss of destiny; the worth of your life is determined by the weight of your character

FACTS ABOUT GODLY CHARACTER, INTEGRITY AND UPRIGHTNESS:
1. Godly character, integrity or uprightness guides; it assists to know the best way to go in life (Ps. 32:1-2,5, 8; Prov. 11:3)

KEYS TO GODLY CHARACTER:
1. Love God with passion (Mark 12:28-31)
i. Seek to please God above self
ii. Make God the centre of your life; let your life centre around God
iii. Make God your life’s priority and you most dominant desire

2. Love your neighbour as yourself (Mark 12:28-31; Ps. 32:1-5)
i. Live with the consideration of the feelings and welfare of others
ii. Be conscious of the impact of your actions on the emotions and wellbeing of others
iii. Include others in your life’s equation
If you love God with passion and love your neighbour as yourself, you have already taken care of your character. The rest will take care of itself.

PRAYERS
Father, I ask that You will give me the grace to love You with passion and to love my neighbour as myself. I receive it now, in Jesus’ Name.

Father, draw me closer to You. Help me to live for You and to do Your will, in Jesus’ Name

COMMUNION FOCUS:
Communion of open doors, refreshing and revival; The same integrity that our Master Jesus lived by is released upon you. God shall use this communion to bring the best out of you!

PROPHETIC DECLARATIONS:
– Whatever is stinking, smelling or embarrassing around your life, whatever package the enemy placed in your life as a reproach is returning back to where it came from now in Jesus’ Name! That shame is being replaced with dignity and honour in Jesus’ Name!

– Tonight, your questions are answered and any confusion around your life has been cleared!

– Direction is coming for you tonight – that step to take and move to make shall be made known to you tonight!

– Your greatest need and concern shall be met today in Jesus’ Name! 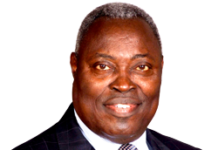