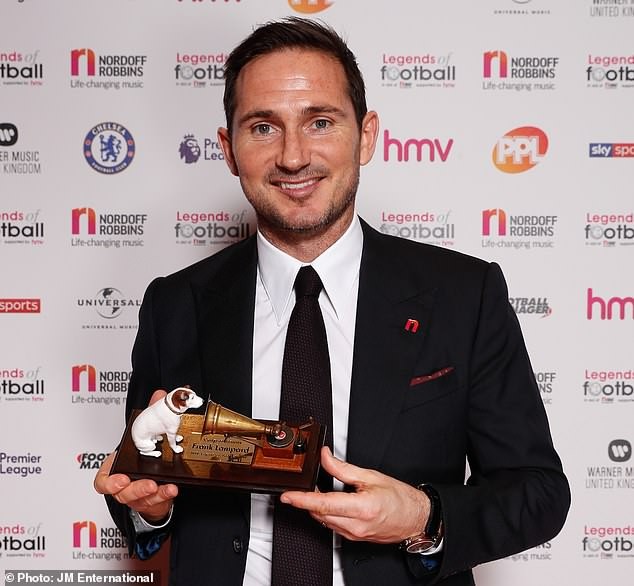 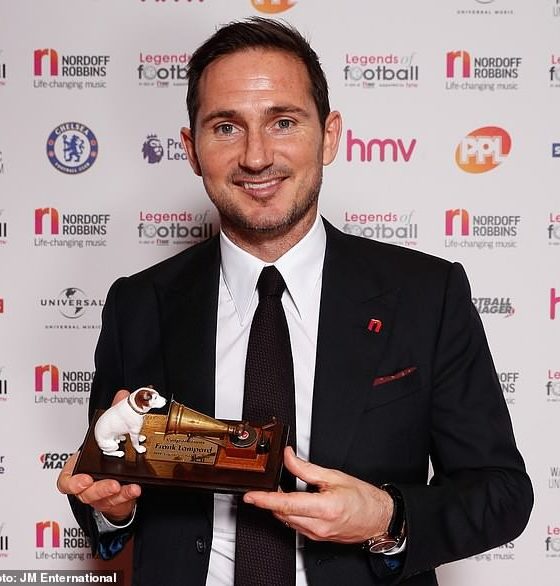 England and Chelsea legend, Frank Lampard has been inducted into the Legends of Football Hall of Fame.

The now Derby County manager picked up the prestigious gong at a star-studded charity event which took place on Monday night n London. 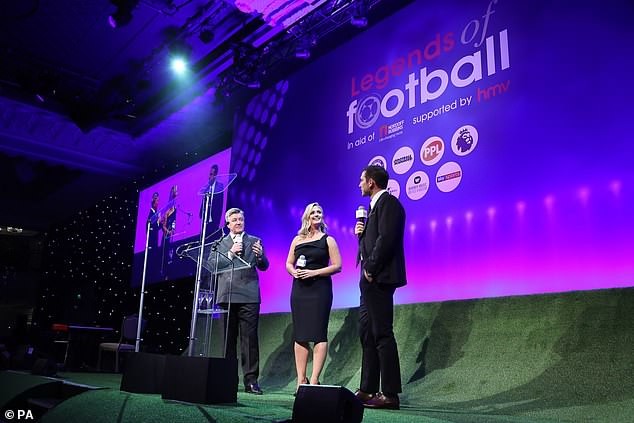 The Chelsea legend has now joined a list of elite names to have received the award following his scintillating career at club and international level. 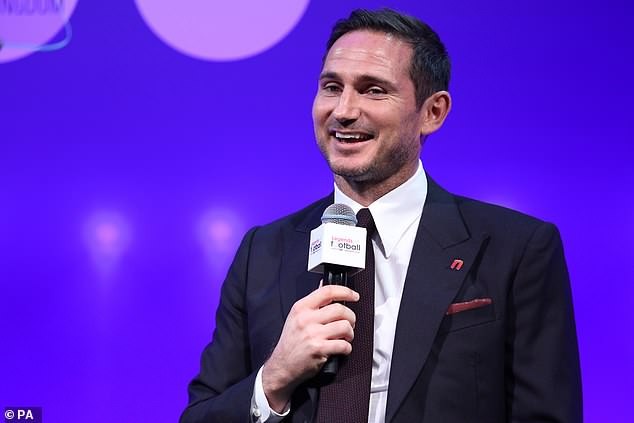 Lampard said after receiving his award: ‘It’s a real honour for me to receive the Legends of Football award this year. Just seeing my name mentioned amongst those past winners is something to cherish.’