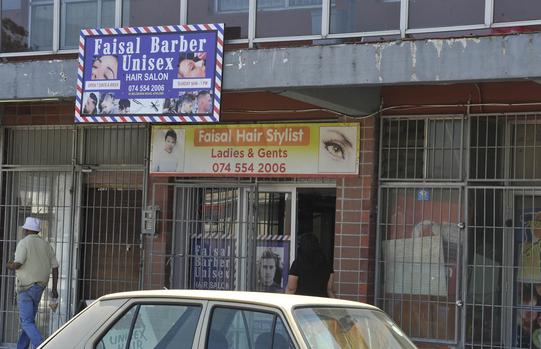 An Athlone woman has taken her Pakistani hairdresser to court after he allegedly sexually assaulted her after threading her eyebrows.

The 28-year-old mother says she had a hair-raising experience on Saturday, 6 October when she visited Faisal’s Barber Unisex Salon in Belgravia Road.

She claims he fondled her breasts and rubbed his erect penis against her.

The mom of two says she usually goes with her husband, but on that day he was watching their children and she went on her own to have her eyebrows threaded by the owner, Faisal Tufail, 37.

“He locked the (front) door and there was another lady there,” the mom explains.

“I didn’t think anything of it because of the break-ins in the area.

“When we went to the back he closed the curtain and did my eyebrows.”

The woman says when he was done he dusted the hair off her face, but she got a helse skrik (fright) when he opened her cardigan to dust her breasts.

“He just ripped it open and started dusting my chest and I thought it was strange,” she says. “Then he pulled my arms to sit up.

“Usually when he does my brows he cracks my neck; it’s like his signature thing, to help you relax.

“All of a sudden he started rubbing my arms and didn’t say anything.

“He moved down to my breasts, chest and stomach and I started freezing up.

“He started touching my bum and rubbing my hands, then he started breathing fast.

“His private parts were rubbing up against me and I could feel it started expanding.

“He whispered something in Pakistani and I jumped up and ran to get my bag.”

The woman says she was in a state, but wanted to pay before she left, and the owner allegedly offered her a discount.

She then reported the matter to Athlone SAPS and several days later he was arrested.

He appeared on 12 October on sexual assault charges at Wynberg Magistrates’ Court and was released on R500 bail.

The case was postponed to 30 November.

Tufail, however, denies the woman’s claims of sexual assault but admits to giving her a “small massage” after doing her eyebrows.

“No, I did not do those things. Why would I do it when this is my business?” he told the Daily Voice.

“I gave her a small massage like with everyone and I took her money.

“There are lots of pretty girls that come in here, but why would I do that? This is not good for my business, I have been in this street for four years now.”

Tufail’s lawyer, Labiek Samuels, says the only bail condition given is that his client is not allowed to speak to the complainant.

“He lives and works at the premises. I am not aware of any similar charges as the State indicated he has a clean record.”