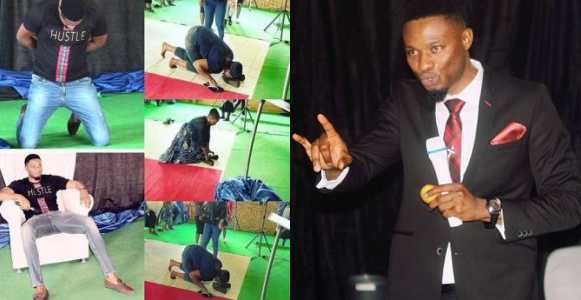 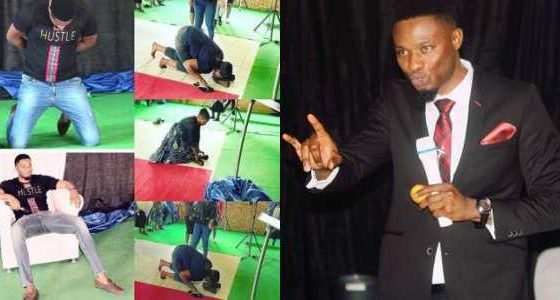 South African-based Nigerian pastor, Pastor Anointed, who is widely known for his controversial miracles, has just made his congregants lick his shoes to receive miracle money.

In the photos that have now gone viral since hitting the internet, the members of Pastor Anointed Church could be seen kneeling before the shoes and kissing them to partake in the miracle money that was promised by the cleric to land in their lives. 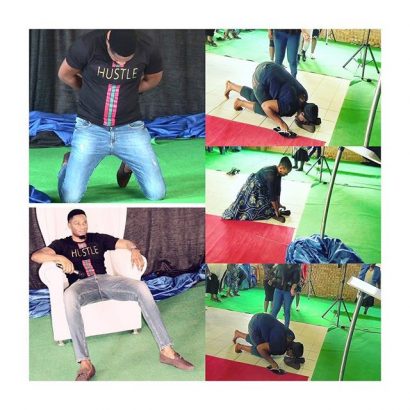 If you recollect, Pastor Anointed was seriously back-lashed across the continent some few weeks back when he claimed money came out of him after making some prayers to God.

South Africa has actually been notoriously regarded as the home of the most controversial pastors on the continent.