On Friday morning, a lady took to her Twitter page to narrate how she was allegedly sexually assaulted by some men at Davido’s concert. The lady identified as Karimah, stated that Davido looked on as she was being assaulted as reported by LIB

In response, Davido took to Twitter to apologise to the said lady and also promised to reach out to her so as to purchase all the items stolen from her, as well as pay for her medical checkup. 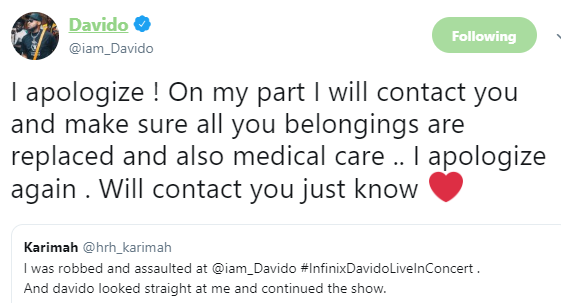