Two sisters have been charged with killing their mother in southwest Mississippi.

32-year-old Ericka Hall was found lying drenched in blood at the family’s mobile home in Magnolia just before midnight on Friday. She had been stabbed multiple times and shot once in the chest with a small-caliber handgun inside the home before staggering outside. She was also stabbed in the back, with the knife still sticking out of her back when she was found by relatives. 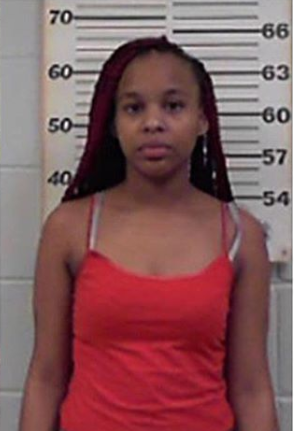 The girls, when I drove up, they were like: “Tee Tee we didn’t do this.” And I was like: “OK, if y’all didn’t do it, where were y’all when the people that was doing it did it?”

They found out the daughters — two teenagers, juveniles — allegedly did it.

The 14-year-old daughter, Amariyona Hall (pictured in the mugshot above), has been charged with murder as an adult and is being held at Pike County Jail on $150,000 bond.

The 12-year-old, who is not been named because she is a minor, is being held at Adams County Juvenile Detention Center in Natchez. Both girls will receive mental evaluations.

Under Mississippi law, children 13 and older accused of certain crimes are automatically charged as adults. Judges can later transfer cases to youth court.

The victim’s aunt said the victim got in an argument with the two girls on Friday night. Deputies heard that the girls had also tried to run her over with the family car earlier in the week, the Enterprise Journal reported.

Neighbours said Hall was killed days after she took away her daughters’ cellphones. Because their mother punished them, they retaliated with Friday’s fatal attack. She said the gun used in the murder belonged to Hall, and that she kept it stored in her car.

After the murder, the girls allegedly walked across the street to ask the neighbours for a ride to neighbouring McComb because their grandmother had just died. Coney said the girls then walked further down the road to a relative’s home. 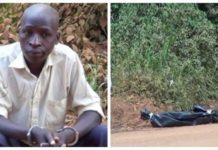