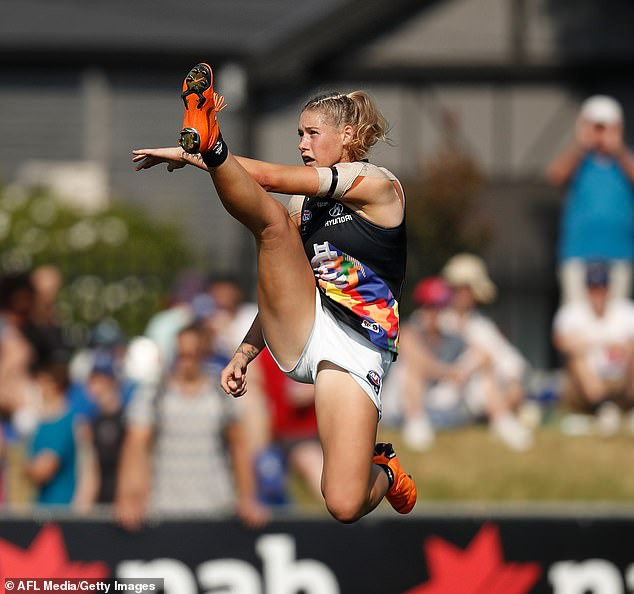 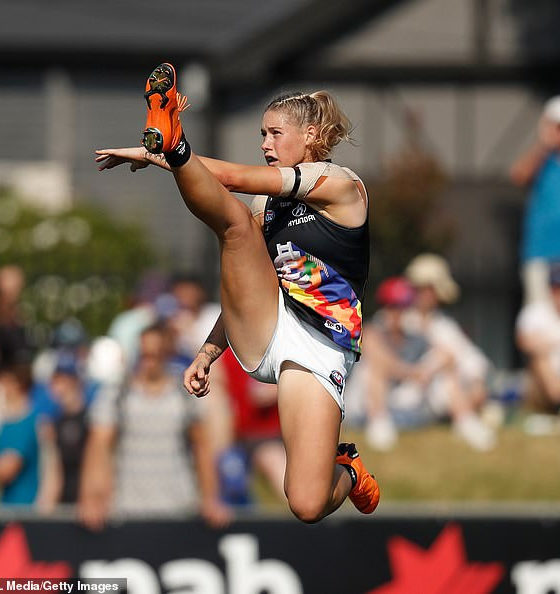 A female Australian football has claimed she felt ‘sexually abused’ by comments made by Twitter trolls’ on a photo of her in full stretch during a game.

The image of the AFL Women’s star, Tayla Harris of Melbourne-based Carlton Blues, shows her kicking a football in a full stretch position, but the photo received a series of offensive comments by online trolls.

The picture of Ms. Harris was posted by broadcaster 7AFL but after the image attracted so many sexually explicit comments it was removed from their Twitter page.

The network’s Twitter account later released a statement explaining why it was deleted. But that decision sparked further outcry as the site was accused of giving in to online trolls. 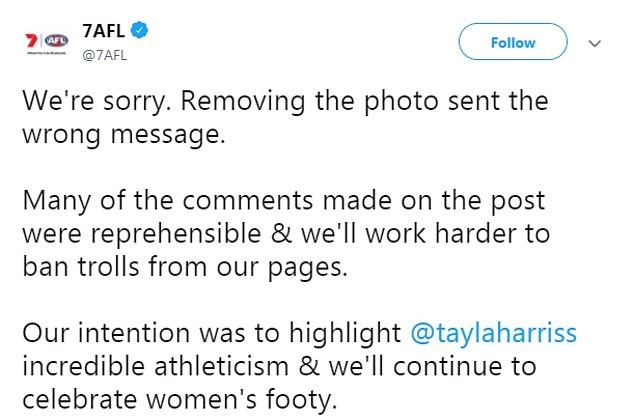 AFL stars and athletes criticised 7AFL for making the decision to remove the image.

‘How this incredible image of Tayla Harris by Michael Willson was seen as negative and drew trolls to comment and that 7AFL took it down as a result…ASTOUNDS ME,’ Australian cyclist Anna Meares said.

‘I’m feeling empowered this morning. I think because of the reaction that’s come, it’s been a bit of a whirlwind,’ Harris told RSN Radio’s Breakfast Club.

‘It is really amazing that the AFL community got around me,’ the star said while admitting the issue is now about what authorities can do to stop social media trolling ever being accepted.

‘It’s not about me now, it’s about a much bigger picture,’ she said. 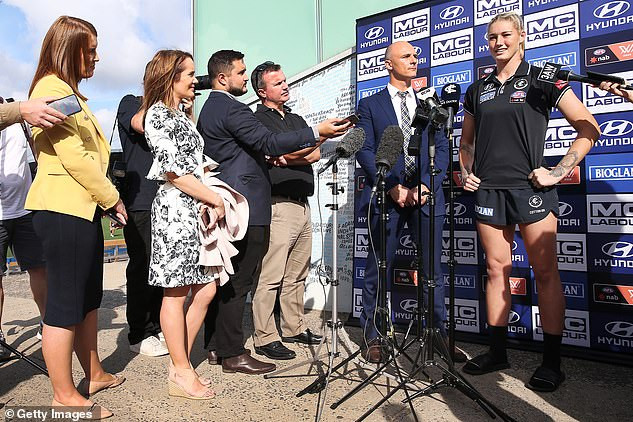 ‘Some of the comments were sexual abuse, what I would consider sexual abuse on social media.

‘These people need to be called out by the AFL, but something needs to go further. It’s something maybe Victoria Police should have to look at.’

‘These people are behind screens now but no one’s saying they aren’t going to show up at the footy at the weekend,’ Harris said on Wednesday.

‘I genuinely consider that they might show up at the footy. If they’re thinking this way and able to write it down, what are they going to do when I’m on sideline meeting some kids – that’s what I’m going to have to think about now.

‘As much it shouldn’t be the case at all, that’s the reality of it.’

‘Here’s a pic of me at work… think about this before your derogatory comments, animals,’ she tweeted.

According to Mail Online, AFL integrity unit investigators have joined forces with channel 7 to try and identify the perpetrators and potentially ban them from future games.