A man identified as, Ryan Stephens. has taken to Twitter to list six rules to a happy union.

According to Ryan, he and his wife sees themselves as teammates and less of soul mates, this he says is the recipe for marital success.

Dishing out the six rules to a happy union, he wrote; 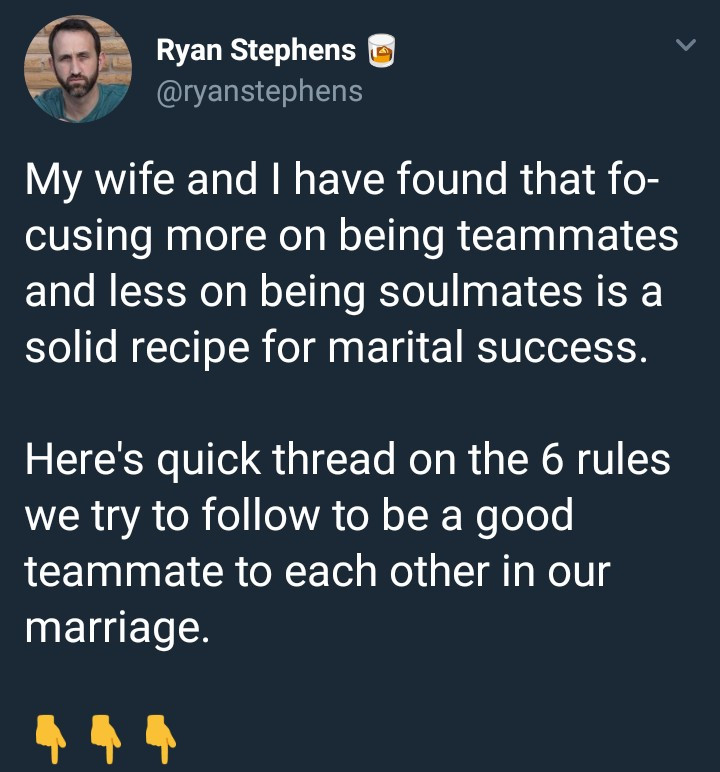 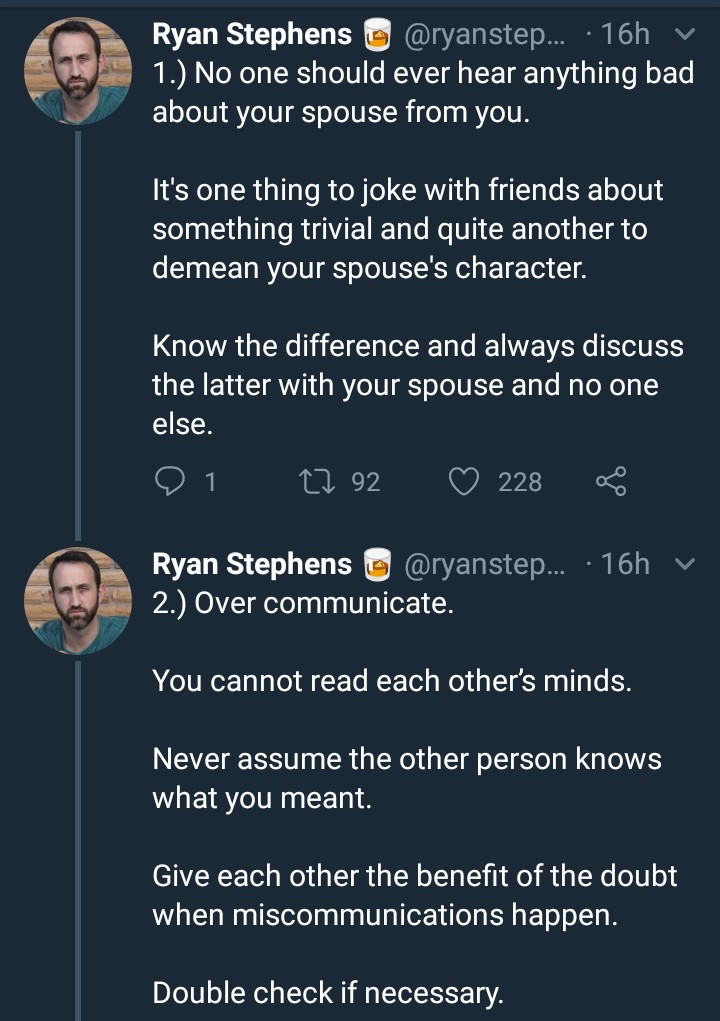 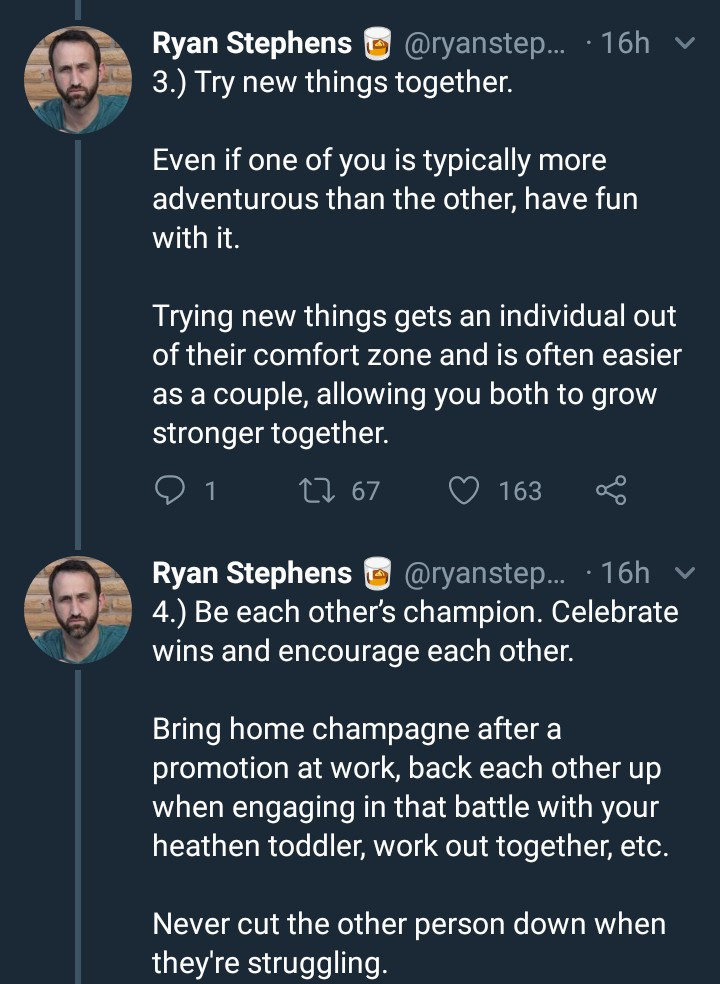 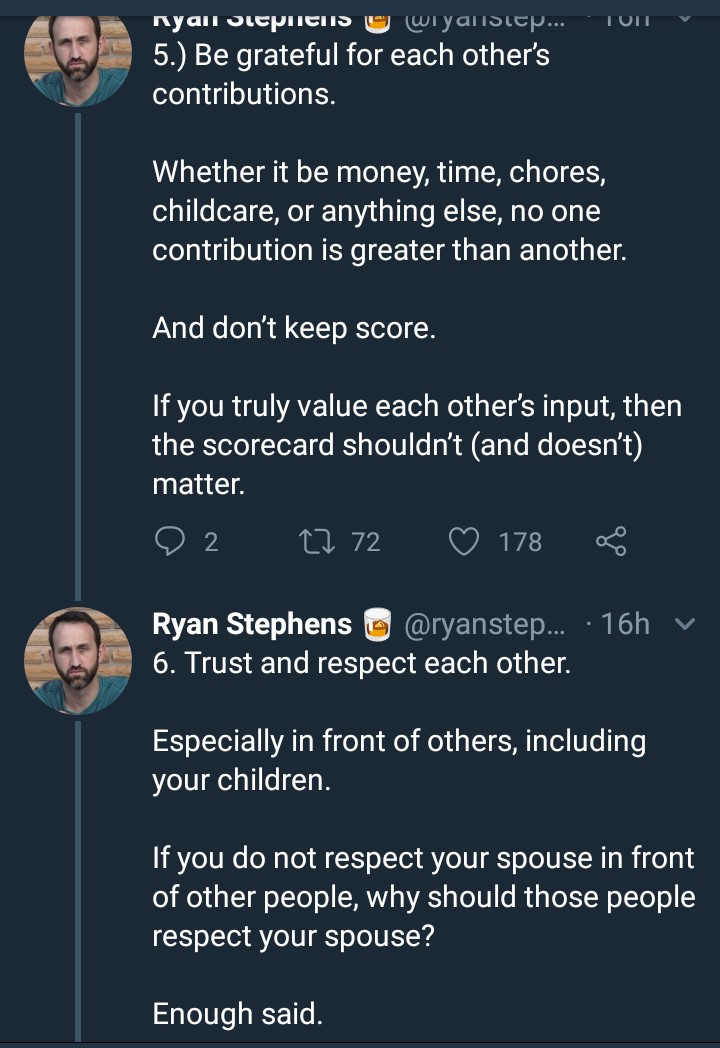