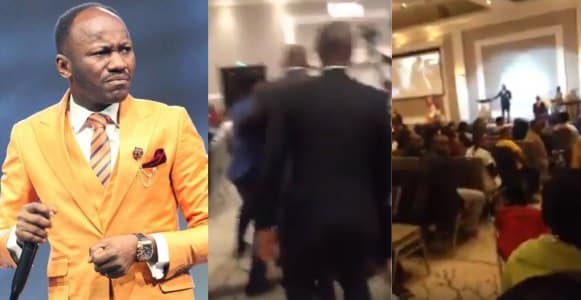 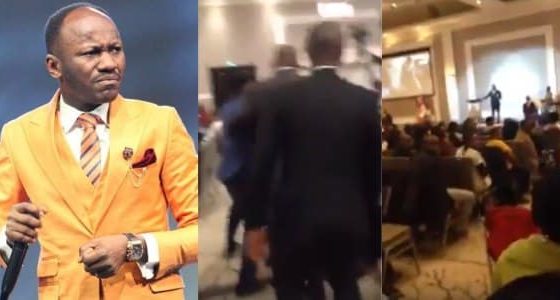 A video shared online shows a man verbally attacking the general overseer of the Omega Fire Ministries, Apostle Johnson Suleiman during service in a packed church in Canada.

In the video, the man is seen accusing Apostle Johnson Suleman of being an evil man and a fake prophet.

As the service was underway, the man stood, raised his voice, and began to attack a man believed to be Suleiman as he preached during a convention last week in Ottawa, Canada.

Church security and ushers rushed to drag the man out of the church but he kept struggling, threatening, and cursing out Suleiman. At some point, the man threatened to call the police on the men who were dragging him out for disrupting the service.