Rivers Governorship Election: The Independent National Electoral Commission (INEC) has announced that it will continue with collation of results in Rivers State

Osaze-Uzzi explained that the commission will conclude the collation exercise in Rivers because it was not declared inconclusive.

Recall that collation of Rivers results was suspended by INEC due to alleged electoral malpractices and violence.

The INEC spokesman further added that the Collation Officer for Bauchi was replaced because of the threats to her life and that of her family. 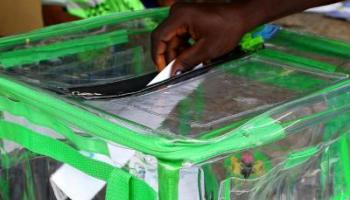 “In case of Rivers, the commission will conclude the collation exercise there because it was not declared inconclusive.

“Initially, we had penciled Bauchi down as one of the states for which there will be supplementary election, but as I speak now, quite honestly, we are not sure of that.

“Also if it is found out that there are no sufficient votes and there is need for a supplementary election, then one (an election) will be conducted.”