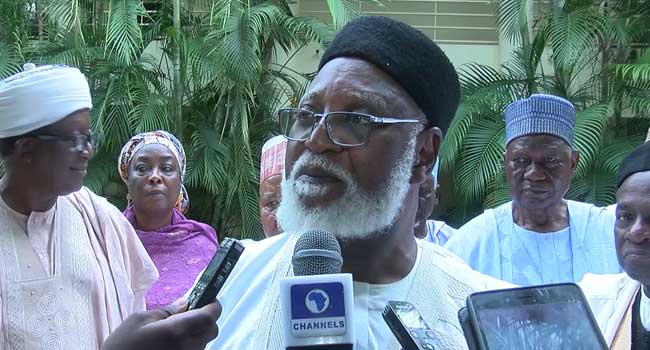 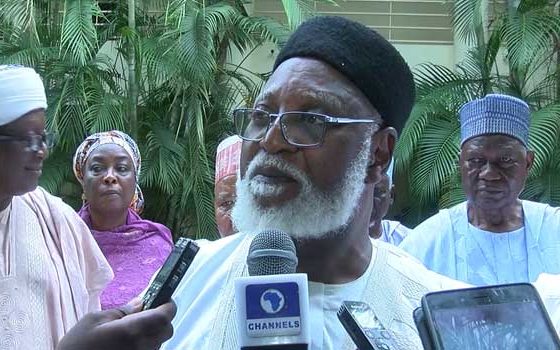 General Abdulsalami Abubakar, the former military Head of State, has condemned the high level of insecurity in Nigeria.

Speaking on Saturday shortly after his conferment of Honorary Doctorate Degree in Public Administration by the University of Calabar at the 32nd Convocation ceremony , Abubakar said as a nation, the country never had it so bad.

“Our country had never had it so bad in the prevalent circle of crimes or kidnapping, cattle wrestling, clash between farmers and herders and Boko Haram insurgency and the murder of innocence children, women and people on daily basis”.

Abdulsalami said that a peaceful environment is the most fundamental prerequisites for the progress and development of any society or nation.

General Abubakar further said that another National challenge faced in Nigeria was in the way and manner the politicians conduct themselves in politics, “We have totally abandoned the ideology in our National politics and allowed personal attitude to take control.

“This has resulted in the culture of winner take it all, which brought about violence and atmosphere of insecurity that bedevilled our politics. I use this opportunity to tell politicians and asked them to come to term with urgent need to revamp our politics.

“This can be achieved through ability to reform our attitude, focus on issue and maximize the national interest rather than prevalence culture of focusing on material needs. Our Political leaders must never take the promises they make to the people with levity, keeping promises enhances credibility of leadership and raises the integrity profile of the leaders,” he stated.

The former military Head of State assured the University that the awardees will do nothing to bring the University into disrepute; however, they will do anything to enhance the unique reputation of the University as a unique centre of learning.

In an address to the occasion, President Muhammadu Buhari, who was represented by the Minister of Ministry of Niger Delta Affairs, Pastor Usani Uguru Usani, directed Universities in the country to introduce Anti-Corruption and Anti-Terrorism studies in general studies curriculum.

“I have been informed that your University is the first in our country to introduce Anti-Corruption and Anti-terrorism studies in your general studies curriculum. I commend you for that patriotic initiative and urge others to emulate your example in order to expand our capacity and compliment the efforts of government in the struggle to defeat the twin evil,” he said.