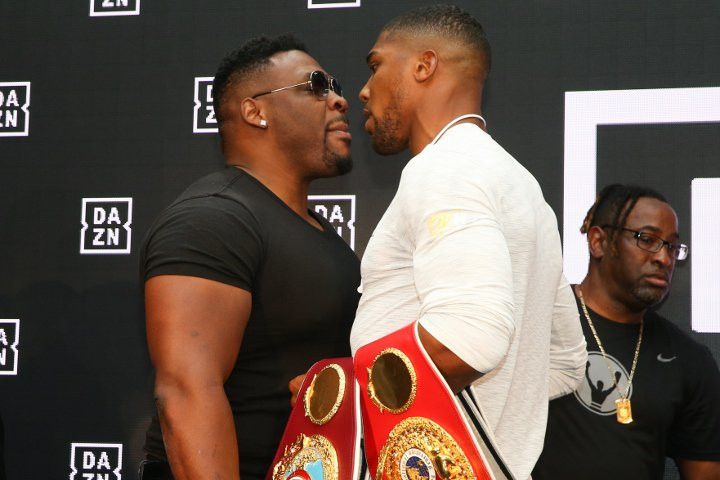 Anthony Joshua’s fight against Jarrell Miller in June 2019 is now in serious doubt after the American failed a drug test ahead of the big clash.

Joshua is due to put his IBF, WBA and WBO heavyweight belts on the line against the 30-year-old American, but the fight may now be cancelled.

This is because Jarell Miller was tested positive to bad substance ahead of the fight according to the latest report on UK Mirror.

Miller is now facing the possibility of being banned for many years from boxing due to this latest development.

“We have been informed by VADA that there has been an adverse finding in Jarrell Miller’s sample collected on March 20.

“We are working with all relevant parties and will update with more details soon. AJ’s preparation continues for June 1 at MSG,” Joshua’s promoter Eddie Hearn said on social media.

Should Jarell Miller be banned from boxing, then Joshua will be expected to get another opponent to fight with.