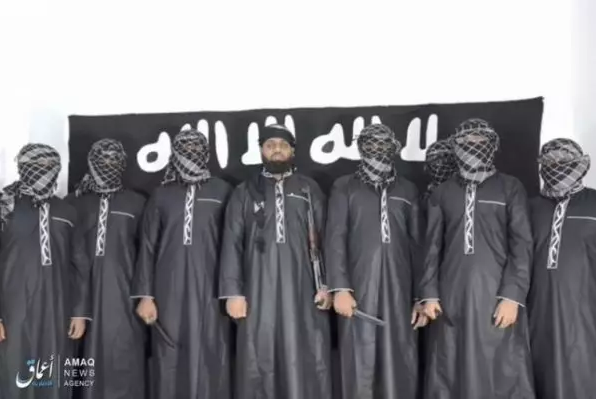 The Islamic State group has claimed responsibility for the multiple bombings in churches and hotels on Easter Sunday. The terror group also released images purportedly showing the seven bombers who blew themselves up at three churches and three hotels in Sri Lanka.

The images released by the Islamic State’s propaganda unit, Amaq news agency, showed extremist cleric Zahran Hashim as the mastermind of the attack. It also showed the suicide bombers who carried out Easter Sunday’s terror attack but their faces were all covered as they stood against the backdrop of an ISIS flag.