The show, “Zee World Mehek” is about a simple and docile girl who is an excellent cook and is known to please one and all with her culinary skills. The show depicts the journey how she faces all the negativity and still manages to be the sweetest to everyone. What lies ahead is a twist about a guy enters her life and it will change equations. Mehek is the story of a young and positive girl, Mehek. Mehek has magic in her fingers and can cook great food. Mehek believes that good food is very essential for a good life. This show is her journey and life with the talent she possesses. series coming to Zee World on April 6th replacing Gangaa .

The story of the show is set in Delhi and depicts the journey of a homemaker Mehek and her passion for cooking. Mehek meets top chef Shaurya and while their cooking styles clash, they fall in love. Soon Mehek meets Saurabh and starts working with him. Saurabh soon falls in love with Mehek which creates further misunderstanding.

Shaurya Khanna is a rich and wealthy restaurateur in Delhi while Mehek Sharma is a low on confidence middle class girl. Cooking is her hobby and passion which she has inherited from her deceased mother. Mehek and Shaurya meet at a cooking competition that Shaurya is judging. Through her cooking, Mehek attains attention and importance that greatly pleases her to-be husband Ajay and his materialistic family. Meanwhile, Shaurya insults her throughout the shooting of the show leading to a point where Mehek is publicly humiliated and slaps Shaurya. Shaurya realises his mistake and apologises to her which she finally accepts.

Mehek agrees to marry Saurabh. Mehek’s cousin Nehal has a secret affair with Ajay. Ajay rejects Nehal and threatens her forcing her to attempt suicide but she is saved by Shaurya. Shaurya tricks Ajay into revealing the affair himself thus leading to the wedding being called off. Shaurya and Mehek develop feelings for each other. Shaurya’s mother Karuna fixes their marriage but Shaurya must prove himself to Mehek’s family which he does. On their wedding day, Mehek is shocked to discover Shaurya has gone abroad to promote his new restaurant and has taken her recipes and their patents with him. It is revealed that Shaurya was planning his revenge on Mehek all this while.

Mehek decides to live in the Khanna household to make Shaurya realise his love for her. Shaurya helps Mehek’s best friend Sonal elope with Mehek’s brother Mohit. Mohit’s father suffers a heart attack and the Sharmas blame Shaurya. In a fit of rage, Mehek’s father vandalises Shaurya’s restaurant and in retaliation Shaurya gets their shops bulldozed. This leads Mehek to finally give up and leave Shaurya. Mehek’s ex-fiance Ajay and Sonal’s ex-fiance Rohit abduct Mehek and try to rape her. Shaurya saves her in the nick of time but Mehek suffers serious injuries. Her family blames Shaurya and take Mehek away. Finally, the Sharmas accept Shaurya.

Before their wedding day, Shaurya organises security for Mehek but the chief officer has a connection to a dark secret from Shaurya’s past. Just before their wedding, he reveals to Shaurya that 12 years ago, as a child, Shaurya caused a car accident and the couple killed were Mehek’s parents. A shocked Shaurya tries to come clean to Mehek but the ceremony continues and they are married. Unfortunately, Mehek finds out the truth and believes Shaurya deceived her. She is enraged but pretends to be happily married for the sake of her family. When the Sharmas finally find out, they decide to reopen the case and Karuna is arrested. Finally misunderstandings between the families are cleared up.

Rishikesh Track
On their honeymoon in Rishikesh, Mehek witnesses a murder committed by Archie. Archie attacks Mehek and she is presumed dead in a drowning accident. A year later Shaurya returns to Rishikesh and runs into Vandana who looks exactly like Mehek but doesn’t remember him. He is able to bring her memory back and Archie is killed. Mehek and Shaurya adopt the young Neev and return home.

Terrorist Attack Track
Nehal is pregnant with Shaurya’s brother Vicky’s child so the families decide to get them married. During a visit to the mall, there is a terrorist attack and Shaurya is abducted. The terrorist pretends to be Shaurya and enters the Khanna House. Neev discovers this but his throat is slit leaving him unable to speak. Mehek saves the day but her family is being blackmailed to plant a bomb but they defeat the terrorists. Later Mehek meets Saurabh who has been loving her since six years betraying Tanuja, his wife.

Anjali’s Track
Karuna’s illegitimate daughter Anjali (Aanchal Khurana) enters their lives and creates misunderstandings between Mehek and Karuna. She gets Karuna to throw Mehek and Shaurya out of the house. Karuna names Anjali as the sole heir to her property but when Mehek announces her pregnancy, Karuna welcomes them back to the family. Eventually, Anjali’s truth is revealed and she is sent to jail where she meets Shaurya’s aunt Svetlana. They decide to break out of prison but Anjali is killed and Svetlana pretends that she was preventing Anjali’s escape. She is set free and returns home pretending to be blind. In a series of events, Svetlana’s revenge materializes as she sets off a bomb at the Khanna house killing almost all the Khannas and Sharmas. In the end, she shoots Mehek and Shaurya who vow to return to complete their story before dying.

Rebirth / Season 2
Shaurya and Mehek are reborn. Mehek is born to a poor household where her father resents her being a girl. On the other hand, Shaurya is born into a rich family. Mehek grows to become a tomboy and again meets Shaurya. Mehek is a bold and fearless personality who easily picks up fights. Shaurya is practicing to become a boxer as his father hopes his son will one day win the gold medal. Both Shaurya and Mehek are haunted by visions of their previous life. Later Mehek and Shaurya are brought to the same college both with the passion of boxing. Svetlana again tries to separate Mehek and Shaurya by killing them with the help of a superstitious baba. Svetlana kills Mehek’s sister named Swati who was trying to save Mehek. Mehek recalls her past life but Svetlana fires two bullets at her. Mehek survives but pretends to be a ghost in front of Svetlana to make her feared. She then meets Shaurya. It is then revealed that it was Shaurya and Mehek’s plan to frighten Svetlana to such a level that she confesses her crimes. In the climax, Svetlana is killed by Devi Durga’s Trishula. Mehek & Shaurya get married and they live happily ever after. 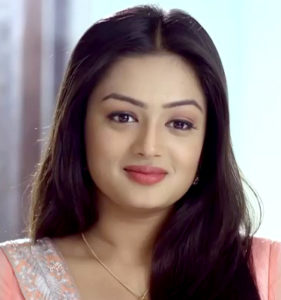 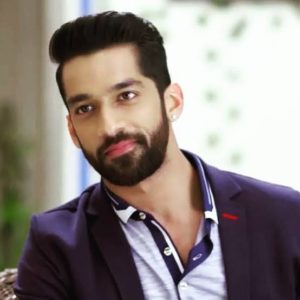 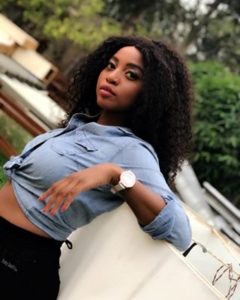 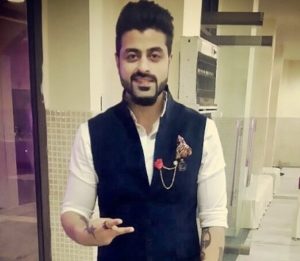 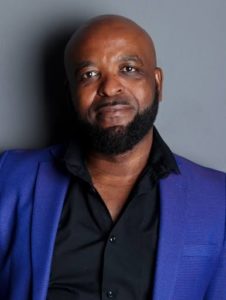 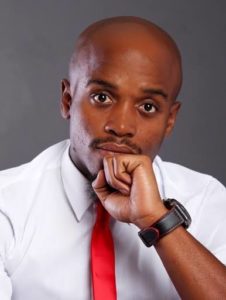