Spain and Barcelona legend, Xavi, has announced he will retire from football at the end of the season after a stunning career. 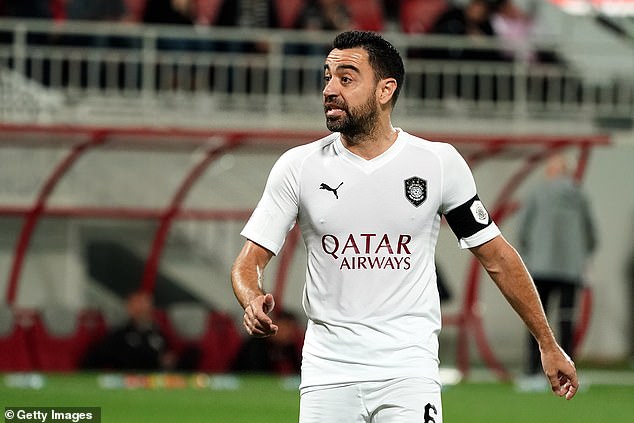 The 39-year-old who currently plays for Al Sadd in Qatar made the announcement today.

‘This is my last season as a player, but I’m looking forward to seeing what the future holds for me as a coach,’ he said in a statement.

‘My philosophy as a coach reflects the style we developed for many years under the influence of Johan Cruyff and La Masia, and that has its greatest exponent in the way of playing football in Barcelona.

‘I love seeing the teams take the initiative on the field, play attacking football and return to the essence of what we all loved since our childhood days: football possession.’

Xavi, who is still Barcelona’s all-time record appearance-holder across all competitions with 769 is also one of the world’s best midfielders.

He won eight La Liga titles and four Champions League crowns at the Spanish giants before leaving for the Middle East in 2015.

At international level, Xavi was also key to Spain’s World Cup triumph in 2010 and won the European Championships in both 2008 and 2012.