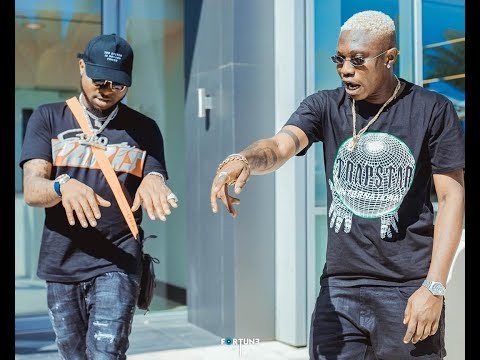 Davido has reportedly un-followed Zlatan Ibile on Instagram after it was alleged that he never got involved in the release of the rapper from EFCC custody.

A check on the singer’s page indicated that he is no longer following Zlatan.

Although there are some reports that Davido never followed the rapper in the first place, but another check indicated that a photo of Zlatan uploaded on his page, has been deleted.

In the deleted post, Davido expressed utmost joy over the release of Zlatan Ibile from the custody of the Economic and Financial Crimes Commission, EFCC.

It is however alleged that he deleted the post following allegations by Zlatan Ibile’s friends that Davido distanced himself from Zlatan during the time of his arrest by EFCC.

Reports although have it that the pop star secured the service of a Senior Advocate of Nigeria who helped in securing the bail of the rapper and Ramon Jago, but Naira Marley was left in custody of the anti-graft agency.

(EFCC) has said music star Naira Marley cannot be released because of ‘overwhelming evidence’ against him.

“There is overwhelming evidence against Naira Marley; so we can’t afford to release him on administrative bail like Zlatan and the three others,” EFCC spokesman Tony Orilade said.

“Naira Marley is still in our custody and will be charged to court soon and we will make the charges known in an official statement soon.