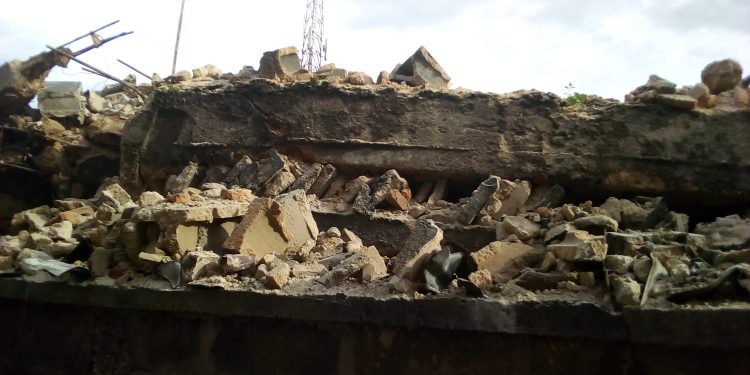 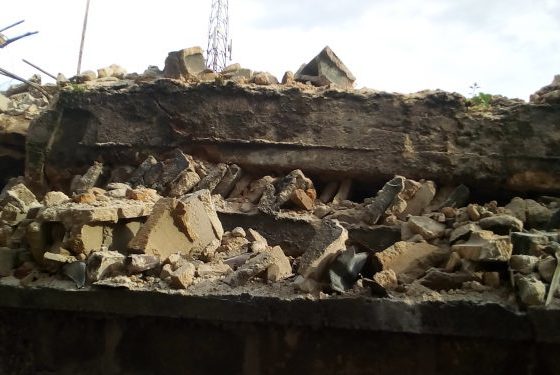 The incident, which happened at 4:34pm at Number 10, Amaram Extension Street, less than a kilometer from Dan Anyiam Stadium, where the governor-elect held a nondenominational church service ahead of his inauguration next Wednesday, caused pandemonium in the area.

A policemen who does not want his name in print told our correspondent that four persons, including a female occupant, were rescued from the debris.

He said, “On arrival, we saw people already on a rescue mission. We quickly swung into action and rescued four persons.

“Two who are critically injured have been rushed to the hospital.”

One of the survivors, who identified himself as Paul, said he had to jump out of the building after he observed a strange noise.

He said luckily for him, immediately he jumped out, it gave way.

An eyewitness said, “This building has remained uncompleted for over 20 years. This highly unfortunate.

“The blocks have soaked water, leading to its collapse. Surprisingly, the owner left this place about 15 minutes ago.”