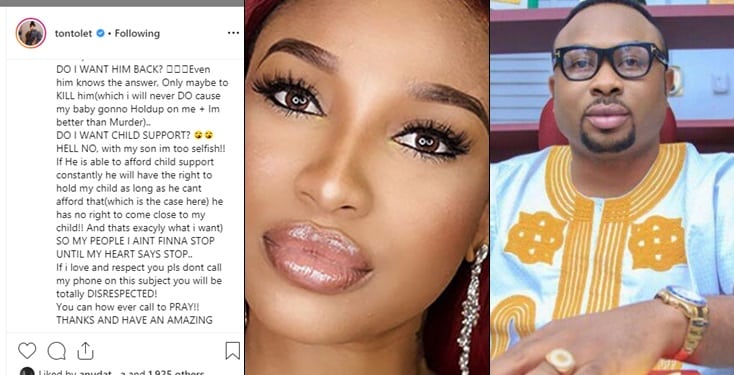 Tonto Dikeh who disclosed that might want Olakunle Churchill back to kill him, added that she won’t go ahead with the plan because of their son. Her post reads in parts;

DO I WANT HIM BACK? ���Even him knows the answer, Only maybe to KILL him(which i will never DO cause my baby gonno Holdup on me + Im better than Murder)..DO I WANT CHILD SUPPORT? HELL NO, with my son im too selfish!! If He is able to afford child support constantly he will have the right to hold my child as long as he cant afford that(which is the case here) he has no right to come close to my child!! And thats exacyly what i want)SO MY PEOPLE I AINT FINNA STOP UNTIL MY HEART SAYS STOP..If i love and respect you pls dont call my phone on this subject you will be totally DISRESPECTED!You can how ever call to PRAY!!THANKS AND HAVE AN AMAZING WEEKEND 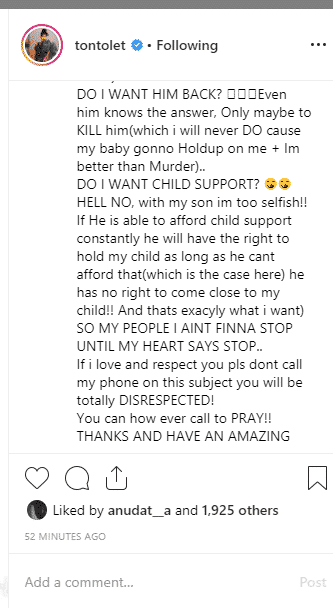