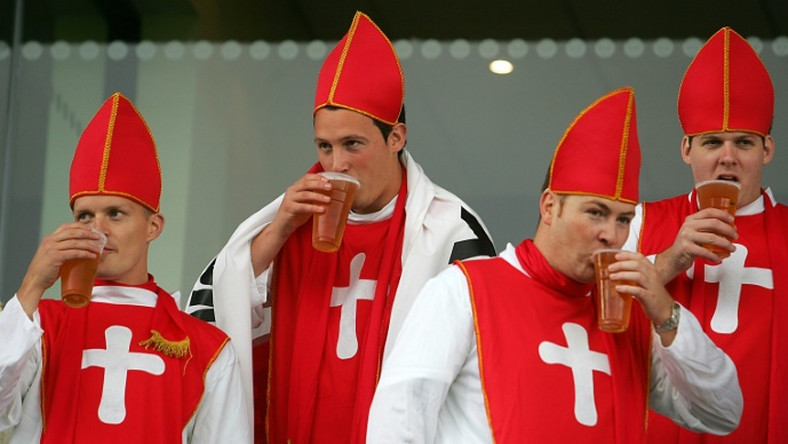 When hosting an international rugby tournament and welcoming thirsty fans from around the world, the last thing you want to do is run out of beer.

That’s the message from Rugby World Cup bosses to Japanese hosts as they gear up for the global showcase that kicks off on September 20.

Japan is the first Asian country to host the World Cup and may be unfamiliar with rugby culture, organisers said, including a healthy thirst for beer — before, during and after the action on the pitch.

Rugby bosses have warned host cities about running out of ale, using anecdotes such as when Australian and Irish fans drank the city of Adelaide dry, forcing emergency supplies to be brought in from surrounding areas.

Around two million litres of beer were downed at stadiums and nearby areas during the 2015 Rugby World Cup with rugby fans having a reputation for outdrinking their football counterparts.

Rugby culture “is not widely known in Japan”, admitted a spokesman for the World Cup organising committee, confirming the message was being passed on to host cities.

He added that hosts were keen to seize on the commercial opportunities and hoped to leave fans with a good impression to entice them back as tourists.

Heineken is a global sponsor for the Rugby World Cup and will be sold at stadiums and other officially sanctioned areas.

And brewer Kirin, which produces Heineken in Japan, said it will review ticket sales and other data to make sure there is enough beer flowing.

“This will be a great opportunity to showcase our products to the world,” said Naomi Sasaki, a Kirin spokeswoman.

“We want our guests to really enjoy the quality of Japanese beers.”

The Rugby World Cup opening ceremony is on September 20 with hosts Japan taking on Russia in Tokyo in the opening match. The final will be played in Yokohama on November 2.

Games will take place in 12 host cities all over Japan, from Sapporo in the north to Kumamoto in the country’s far west.