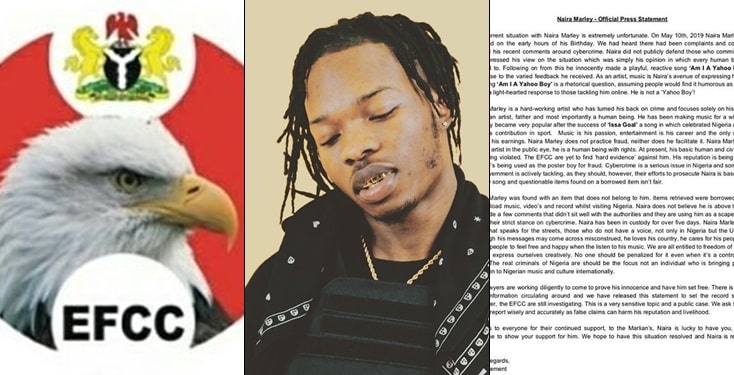 Naira Marley’s management have issued a statement concerning his arrest by the Economic and Financial Crimes Commission EFCC.

The statement seen below tends to clarify the singer’s stance and motive behind his new song “Am I A Yahoo Boy”.

“The current situation with Naira Marley is extremely unfortunate. On May 10th, 2019, Naira Marley was arrested in the early early hours of his birthday.“

We heard there had been complaints and concerns around his recent comments around cyber crime, Naira did not publicly defend those who commit fraud, he expressed his view on the situation which was simply his opinion in which every human being is entitled to.“

He is not a yahoo boy! “Naira Marley is a hardworking artiste who has turned his back on crime and focuses solely on music. He’s an artiste, father and most importantly a human being.“He has been making music for a while but recently became popular after the success of “Issa Goal,” a song which celebrated Nigeria and the nation’s contribution in sport.“

Music is his passion, entertainment is his career and the only way he makes his earnings. Naira Marley does not practice fraud neither does he facilitate it.“Naira Marley isn’t just an artiste in the public eye, he is a human being with rights. At present, his basic human and civic rights are being violated. The EFCC are yet to find “hard evidence.”

“His reputation is being tainted and he’s been used as the poster boy for fraud. Cyber-crime is a serious issue in Nigeria and is something the government is actively tackling, as they should, however, their efforts to persecute Naira is based on a cheeky song and questionable items found on a borrowed item isn’t fair.

“Naira Marley was found with an item that does not belong to him. Items retrieved were borrowed so he can upload music, videos and records whilst visiting Nigeria.“Naira does not believe he is above the law, he made a few comments that did not sit well with the authorities and they are using him as a scapegoat to show their strict stance on cyber-crime.

Naira has been in custody for over five days.

Naira Marley is an artiste that speaks for the street, those who do not have a voice, not only in Nigeria but in the UK also. Although his messages may come across misconstrued, he loves his country, he cares for his people and wants people to feel free and happy when they listen to his music.

We are all entitled to freedom of speech and to express ourselves creatively. No one should be penalized for it even when it’s a controversial topic. The real criminals of Nigeria should be the focus and not an individual who is bringing positive attention to Nigerian music and culture internationally.

Our lawyers are working diligently to prove his innocence and have him set free. there is a lot of false information circulating around and we have released this statement to set the records straight.

However, the EFCC are still investigating. This is a very sensitive topic and a public case. We ask that the media report accurately as false claims can harm his reputation and livelihood.

Thanks to everyone for their continued support, to the Marlians, Naira is lucky to have you, please continue to show your support for him. We hope to have this situation resolved and Naira is released soon.

Nigerian man wanted over murder of nurse in Malaysia

Photos of Regina Daniels that are causing stir online 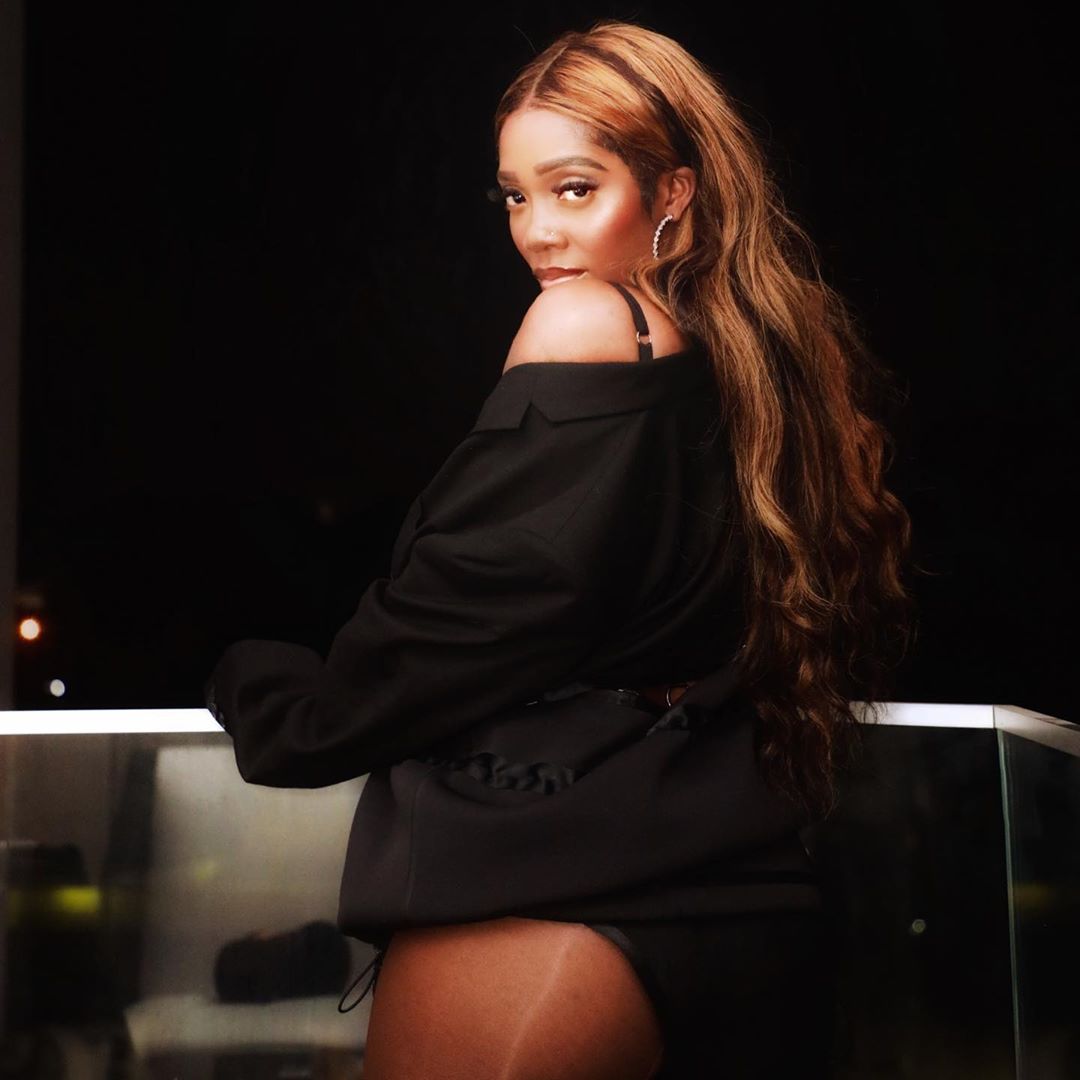 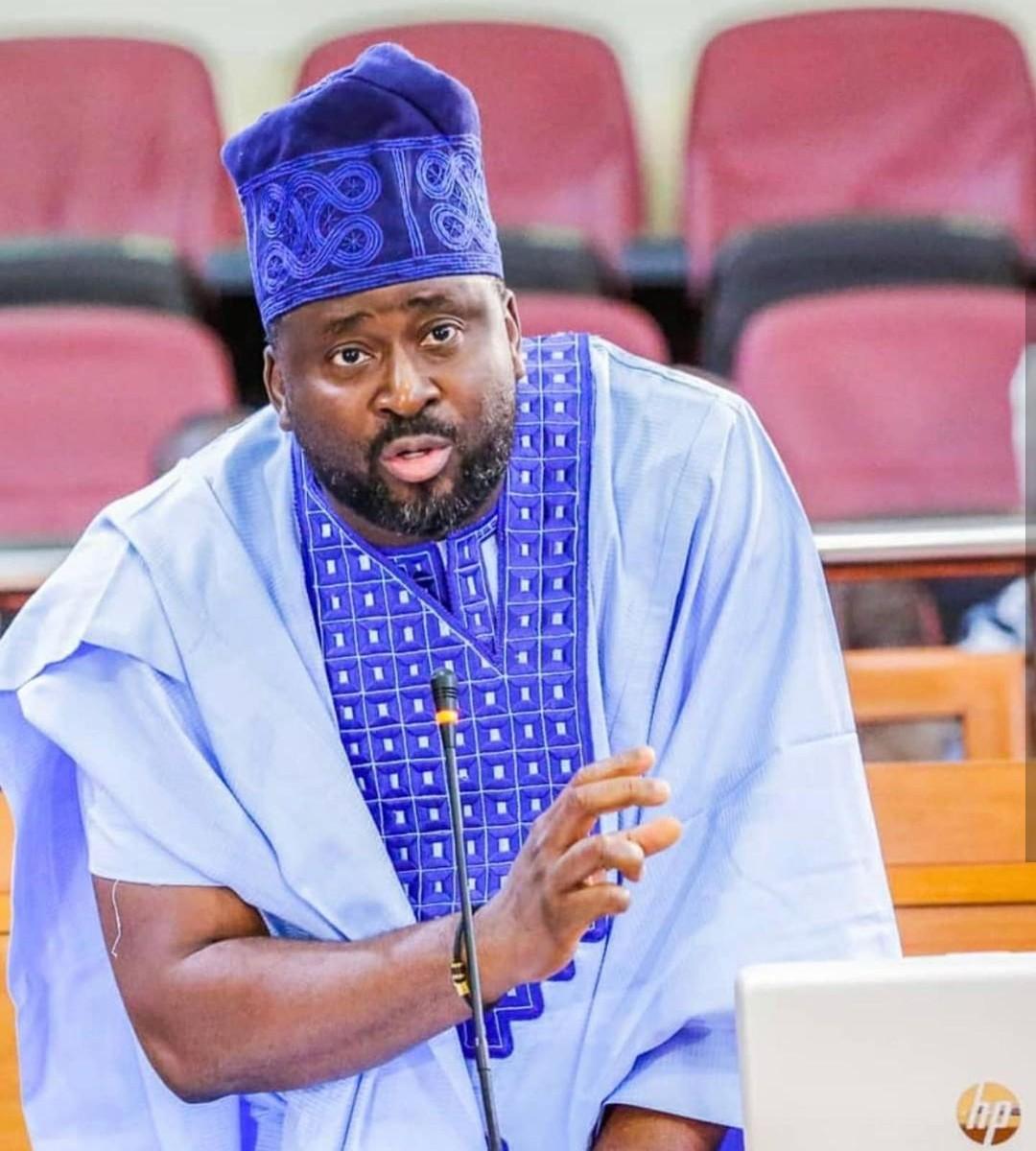 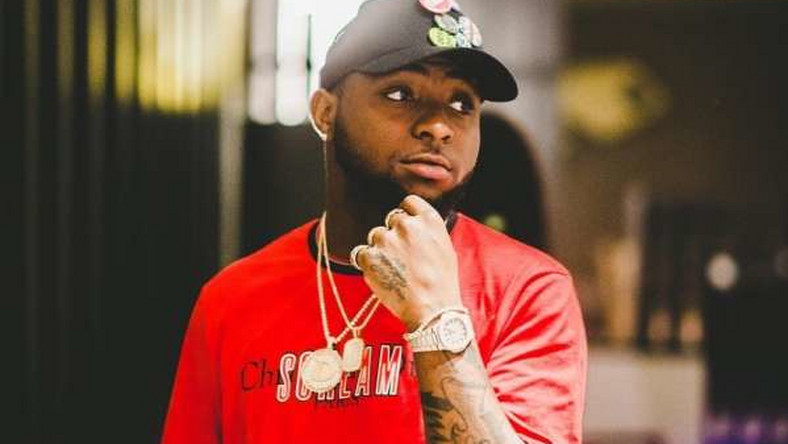 Davido, others react to Desmond Elliot’s attack on influencers, celebrities over hate speech 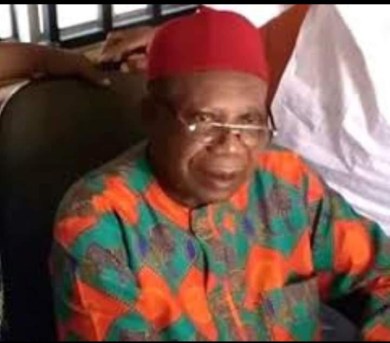