The National Youth Service Corps (NYSC) has confirmed the abduction of a male corps member, Abraham Amuta, by Boko Haram insurgents in Borno. 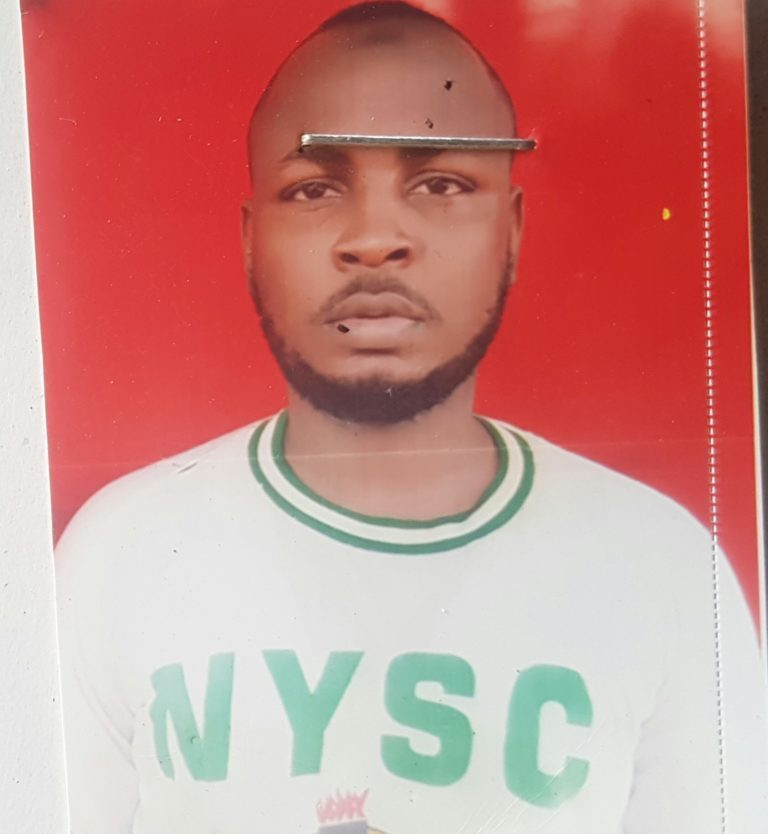 The NYSC cordinator in Borno State, Rabiu Aminu, told newsmen at a press conference today Monday, May 6th, that the corps member was abducted along with a pastor of the Living Faith Church, simply identified as Oyeleke, in an attack coordinated by the insurgents against motorists on Maiduguri to Chibok road on April 10th. Aminu added that Amuta with Registration Number: BO18b/067 was deployed to Borno State Council of Arts and Culture, located in Maiduguri.

He said the corps member travelled without taking permission from his Zonal Inspector.

“The church claimed that the corps member was abducted alongside his pastor. NYSC deploys corps members to only four of the 27 local government areas in the state. The councils are Jere, Bayo, Biu and Maiduguri Metropolitan Council (MMC).

“For any corps member to travel, he has to apply through proper channel and this involves a formal request from his employer, through the zonal inspector and channel to the state coordinator, where we look at it, endorse or approve the request. It was unfortunate that the said corps member travelled on his own. We have been having sleepless night over the issue because he is under our custody.

“We visited the Church, and the Commissioner of Police called us on Friday over the incident and assured us of their total support to address the situation,” he said.

He prayed for the sake return of Amuta.