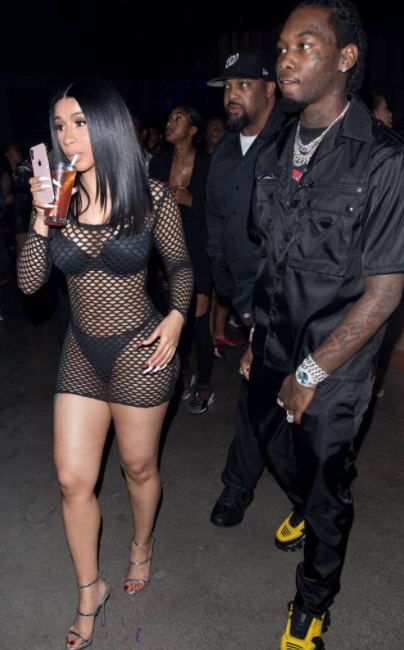 Rapper Cardi B left very little to the imagination when she arrived at Takeoff’s surprise birthday party in a mess dress that exposed her bra and thong.

The mother-of-one attended the party with her husband Offset, who is in the same hip hop group (Migos) with birthday boy Takeoff.

For the outing in downtown Los Angeles, the female rapper wore a black mesh mini dress that showed off her black bra and thong.

The photos were shared online and web users have a lot to say. Some are referring to it as her most risque outfit yet and say she overdid it while others say that as an entertainer it is acceptable.