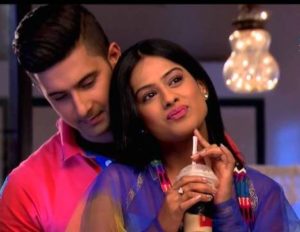 King of Hearts 11 July 2019 Update – Roshni panics and runs towards police station. Naani asks DD if she did something. DD with her male-looking face and huskyvoice tells she did not do anything. Naani says they should go and check. DD says she will not let her go as she does not want her family fall in problem and if Khuranas have done something wrong, let them face the law.

Inspector arrests Khurana family and brings them to police station on domestic violence charges. Sid and Raj say Roshni cannot do this. Inspector shows Roshni’s pics and says someone from their family clicked and sent them and sends them into lockup.

Roshni reaches there and asks why did they arrest her family. Inspector says he arrested on her mom’s complaint. Social service lady comes and asks her not to fear Khuranas and shows Roshni’s wounds to inspector. Roshni says she got injured during competition accident and inspector to release them. Inspector releases them.

Roshni pleads that she did not do it. Sid he knows she will tell DD did it and asks what difference it makes, his family is tortured and humiliated. They all walk out.

Raj says he knows his Roshni cannot do it. Reporters throng around them and ask why did they torture their bahu. Raj asks not to listen to reporters and get into car. Roshni says she will met someone and come back home.

Roshni reaches DD’s house and calls her name. Naani asks what happened. She goes into kitchen, calls DD with her name and asks why she is hell bent to ruin her life. She continues scolding her. DD tells she did for her and did not do any mistake. She cannot see her humiliated and tortured by Khuranas and if they use this domestic violence case in their favor, they will get divorce easily.

Roshni says she got injured while competition and not by Khuranas and asks her to come with her and apologize her family. DD asks what wrong did she do to apologize. Roshni gets more irked by her mom’s arrogance behavior.

Roshni asks Biji to listen to her once. Simran continues yer yelling and asks her not ask Biji and tells Sid that he believed Roshn so much. Raj asks Simran to stop yer lashing. Biji angrily walks towards her room. Raj asks Roshni to wait till the morning’s new ray of hope and rest till then.

Roshni asks Sid to believe her that she did not file domestic violence complaint. Sid says a few months back, her DD insulted his mom and he also agrees that his mom did wrong by snatching DD’s properties. He also knows she did not do anything and DD filed that complaint, but he cannot forget Biji and his dad’s insult and humiliation, so as she wishes, they should get divorced after 2 months and never meet again for their families’ sake. Roshni gets sad hearing this.

Raj consoles Biji and asks her behave like elder of this family. Roshni comes near her for pooja. Biji says though she is late, she should perform pooja with bhakti. Roshni gets relaxed. Biji asks her to prepare breakfast for everyone. Sam tells Mona that she her boss is very happy with her work and she got salary increment. She taunts DD that she never valued her more than Roshni always.

Roshni prepares paranthas for family, but burns them. Cook says he will prepare it. Roshni says she will retry and prepares them. At breakfast table, Simran serves toast to Rajveer crook. He reads his published news about Khurana’s arrest for domestic voilence and shows it to Raj. Raj gets nervous. Biji gets angry Roshni. Roshni gets paranthas, but Biji does not take them. Sid comes and takes paranthas. Simran asks him not to take them. Sid says he is late for office and eats them. Simran gets angry. King of Hearts 11 July 2019 Update

Raj smiles. Simran asks why did he eat paranthas. He asks what is a big deal in it, asks her to relax and leaves for office. DD tells Mona to explain Sam to be careful as she is worried for her. Mona says Sam is grown up girl and like Roshni, she will handler her life herself. DD says Roshni is unable to handle her life and she is worried about her. Mona says she does not want to interfere in Sam’s life like she is interfering in Roshni’s life. DD gets irked hearing this. Mona asks her to go to office as she is getting late.

Jealous neighbour comes with newspaper and asks Biji why did Roshni did this. She asks Roshni she ruined her family’s name and asks if she will participate in best bahu competition’s third round. Roshni says she will. Neighour gets tensed. Roshni says there was some small misunderstanding, but media to garner attention, publicized it wrongly as Khuranas as famous in whole county. Neighbour says she came to console them, but she is insulting. Roshni says she will participate in competition at any cost. Simran acts as consoling Biji.

Sid attends a business event. Guests talk about an old man who gets beautiful young ladies every time he attends party. Sid is shocked to see old man coming with Sam clutching her back. Man goes on stage and asks Sam to announce man’s name who did highest charity.

Sam calls Sid’s name. Sid confronts Sam and asks her to leave her PR job as her boss is lusting on her. She says where was he when his sister ruined her life and says she knows her boss is flirting and it is healthy flirting. Sid thinks what Patel family eats that their girls are so arrogant, he knows something is wrong.