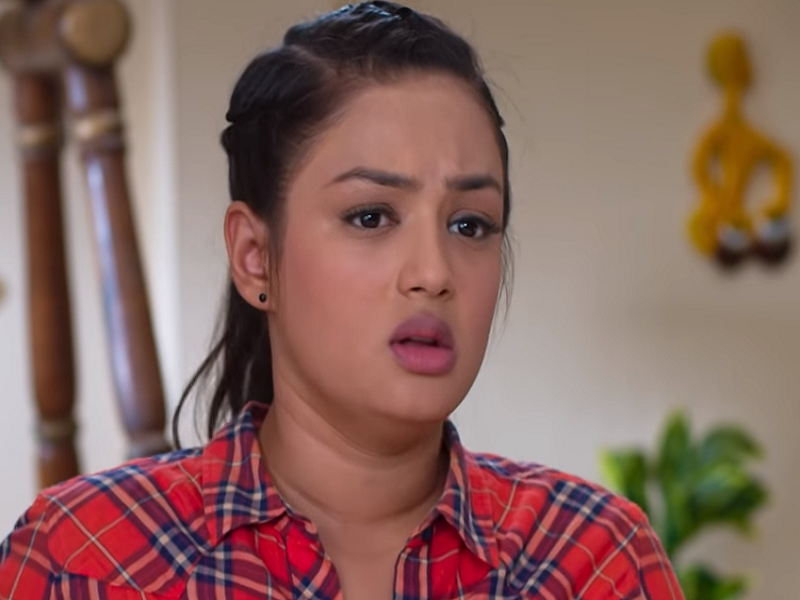 Mehek 29 August 2019 Update starts with Mahek saying big money doesn’t make you a person with a big heart. He is keeping me away from my son. Shaurya says all of you work fast or leave my kitchen. He says we have to serve this pasta in lunch. She is so slow. Shaurya says she will do it i am sure.
Mahek sees flash backs of past and starts cooking fast. Shaurya says thanks mahek for keeping my hope alive.

Neev says will ma win? Kanta says yes how can she lose. Don’t tell anyone this secret. Jevan says what secret? Kanta says neev customer are here. Make them smile.
Mahek cooks the pasta and serves it. She says where is neev? Shaurya tastes both dishes. Mahek is looking at the door.

Shaurya says taste is fine but presentation is missing. Vandana are you listening? She saays yes. Mahek sees Neev out. She goes to him. Archie is coming in the car. She says today you will die for sure Mahek. She drives her car towards mahek. The car hits neev instead. Mahek screams his name.

Shaurya comes out as well. Neev’s head is bleading. mahek says neev open my eyes. Kanta and Jevan come there as well. Shaurya says neev please open your eyes.
Jeva calls ambulance. Shaurya says let me see. mahek says what will you do. Because of you this happened to my son.

If something happens I will never forgive you. Shaurya says nothing would happen to him. He puts neev in his car and rushed to the hospital.
Archie is on her way. She is scared. She calls her dad. She says I did a mistake. Mahek says neev I am sorry. Shaurya says nothing would happen to him. The reach hospital. Mahek is crying. Kanta says please don’t cry he will be fine. He is very brave. Don’t worry. mahek is crying and sobbing. Julie comes there.

Kanta says don’t worry. God will help neev. Shaurya asks Vicky to get cctv footage. Archie’s dad comes to her. She is crying in a corner. Archie says I made a mistake. I hit neev. Her dad says don’t worry. Stay here.

I will remove all proofs. Dont’ open your phone. I hope no one saw the number. Archie says I didn’t want to kill a child. He says you haave to control yourself. Go and freshen up. I will handle all this. Kanta says drink water. Mahek says no I want to see neev once. Jevan says can’t we go in?Mandhar comes there with police.

Julie says Mandhar neev.. Mandhar says what were you doing on roads with my son? were you busy with that Shaurya? Because of you this happened to my son. Doctor says mother’s blood group doesn’t match. Julie says take Mandhar’s as well. He says we can’t take his blood. It is infected from blood and alcohol. We want B negative its not available. Mahek says it would be available somewhere.

Mahek says enough. Our neev is dying and you care about your animosity. I will sign the papers. Mandhar says I will break your hands if you sign. Shaurya stands in front of her. He says Mahek sign.. I will see what he can do. More on Mehek 29 August 2019 Update soon….