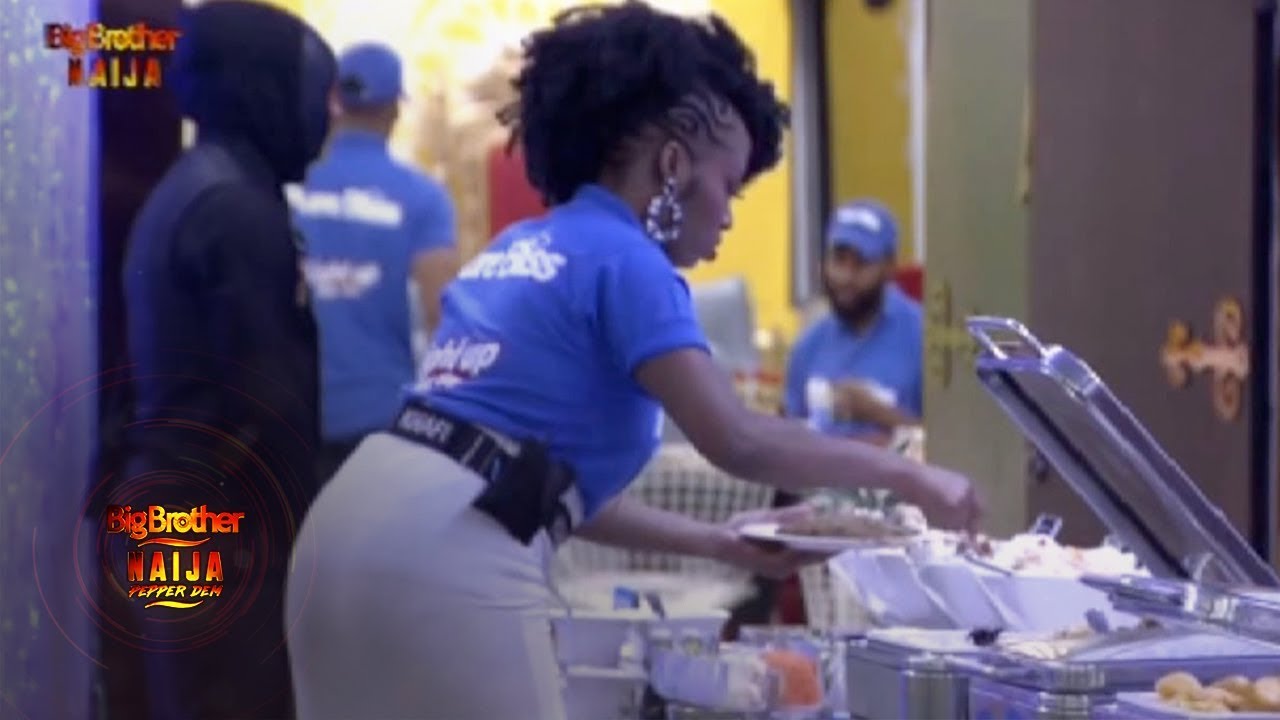 It was an exquisite dinner affair as the Pepper Dem Gang treated themselves to choice Nigerian and foreign delicacies, courtesy of Pure Bliss. The dinner was to mark their challenge win. 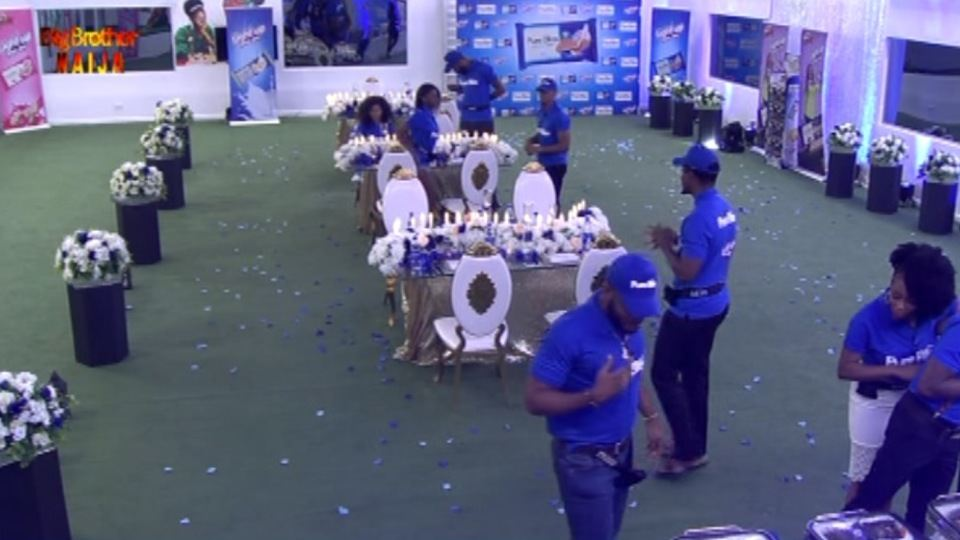 Good thing the Arena opened up when it did cause Khafi had started knocking the door in anticipation of the dinner she was promised. Well. She wasn’t disappointed as the doors opened not too long after and she and the rest of the Pepper Dem Gang walked into a tastefully decorated Arena with a table stacked with the tastiest of delicacies that had not just the Housemates mouths watering but yours too. 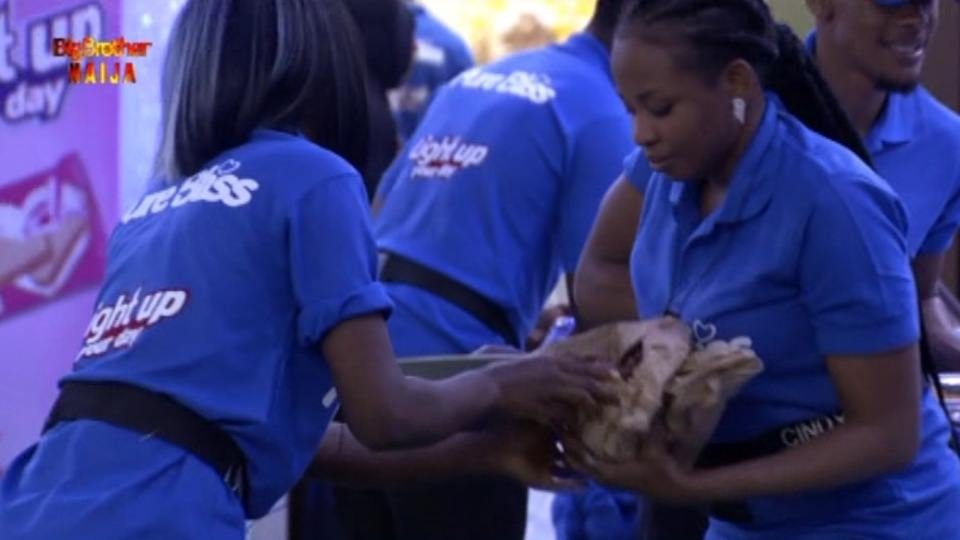 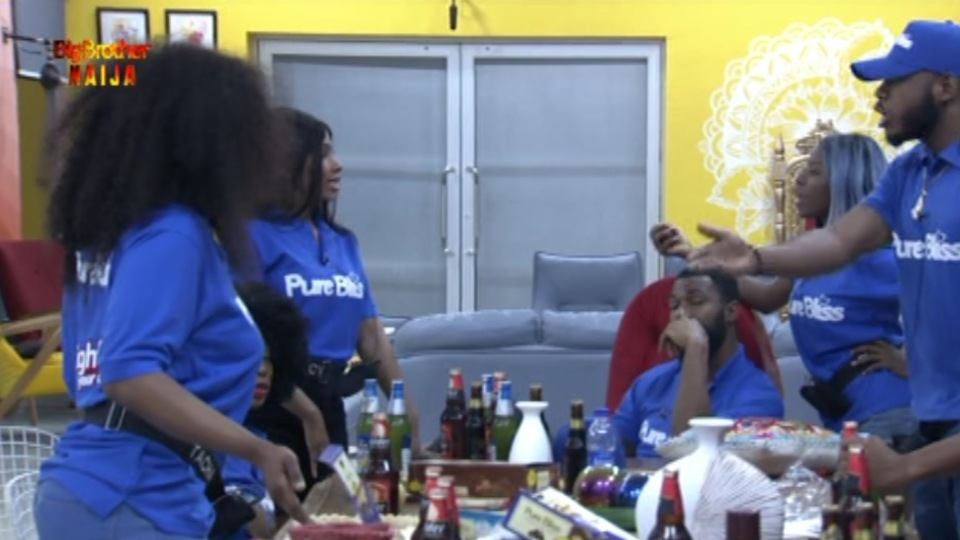 In their usual manner, the Pepper Dem Gang had an altercation over the bottles of alcohol. Trouble began when Housemates couldn’t decide on a sharing formula which led to a mild drama about who should take what and who shouldn’t. Some wanted a particular brand while some didn’t. For Housemates who just had a great dinner, one would think the rest of the night would continue in the spirit of love and light. Boy, were we wrong.

Remember Khafi, Mike, Omashola and Tacha are up for Eviction. Vote for your favourite Housemate here