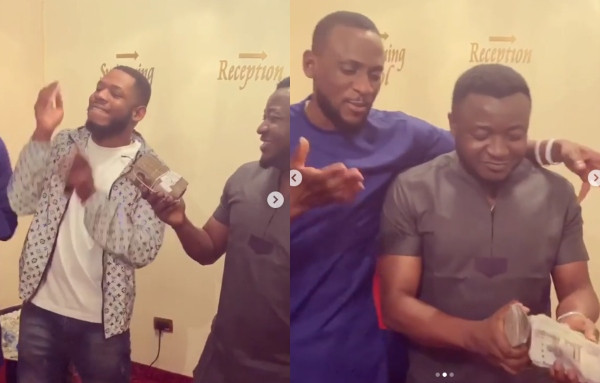 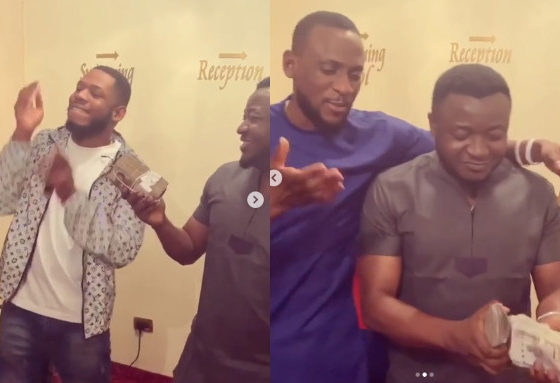 BBNaija: Frodd and Omashola get N500k and N300k from MC Galaxy (video)

BBNaija 2019 – Just like Cindy, Frodd and Omashola also got N500k and N300k respectively from MC Galaxy after they met last night.

According to MC Galaxy, he waited for Frodd for 2 hours and decided he wasn’t going to give out the money any longer but “fate” made them meet yesterday so he had to fulfill his promise.

Omashola who tagged along during the meeting also got N300K from the “Sekem” crooner. MC Galaxy shared the video with the caption;