TEXT: Luke 5:17-26
17. And it came to pass on a certain day, as he was teaching, that there were Pharisees and doctors of the law sitting by, which were come out of every town of Galilee, and Judaea, and Jerusalem; and the power of the Lord was present to heal them.

18. And, behold, men brought in a bed a man which was taken with a palsy; and they sought means to bring him in, and to lay him before him.

19. And when they could not find by what way they might bring him in because of the multitude, they went upon the housetop, and let him down through the tiling with his couch into the midst before Jesus.

20. And when he saw their faith, he said unto him, Man, thy sins are forgiven thee.

21. And the scribes and the Pharisees began to reason, saying, Who is this which speaketh blasphemies? Who can forgive sins, but God alone?

22. But when Jesus perceived their thoughts, he answering said unto them, What reason ye in your hearts?

23. Whether is easier, to say, Thy sins be forgiven thee; or to say, Rise up and walk?

24. But that ye may know that the Son of man hath power upon earth to forgive sins, (he said unto the sick of the palsy,) I say unto thee, Arise, and take up thy couch, and go into thine house.

25. And immediately he rose up before them, and took up that whereon he lay, and departed to his own house, glorifying God.

26. And they were all amazed, and they glorified God, and were filled with fear, saying, We have seen strange things to day.

KEY VERSE:
“And, behold, men brought in a bed a man which was taken with a palsy: and they sought means to bring him in, and to lay him before him” – (Luke 5:18).

MESSAGE:
The Great Commission is the business of every Christian in every place to tell others about Jesus and to do our best to bring others to the Saviour. The bringing of one soul to Jesus is the highest achievement possible to any believer. Those who have answered the Saviour’s call to salvation were brought in many ways. Some are brought by a friend, a neighbour or a colleague. Some are introduced by parents early in life, some are invited by the voice of an anonymous herald on radio or the city bus service, yet some others through a miracle of healing by a minister. However the invitation came, the channel used is undoubtedly, God-sent.

The men mentioned in our text were God-sent to introduce the helpless, sick fellow to Jesus for the healing of his diseased soul which was reason for his bodily infirmity. These men knew they had not the power to help their friend in his predicament, but they obviously knew the Saviour and they believed He could heal him.

Sinners are helpless in the hands of Satan and the flesh, and they have no hope of eternal life if somebody does not tell them about Jesus who died to atone for their sins. Every true believer is God-sent to go and preach the gospel of salvation to every creature within our reach. We must be willing to lend ourselves to be used as the hands, arms and feet to lovingly hold, carry and bring the sinner to Jesus. Nothing reveals our faith in Him better than perseveringly leading sinners into a life time of relationship with Him. There is the promise of reward for every work done faithfully in His name.

THOUGHT FOR THE DAY:
It is glorious to be Christ’s believable witness.

DCLM Daily Manna 19 October 2019 Devotional was written by Pastor William Folorunso Kumuyi; is the founder and General Superintendent of the Deeper Life Bible Church situated at KM 42 on the busy Lagos-Ibadan Expressway, Nigeria.

Joel Osteen Daily Devotional 12 July 2020 Topic: Remove the Graveclothes And the dead man came out, his hands and...

Joyce Meyer Daily Devotional 12 July 2020  Topic: Still Running? Scripture: I sought the LORD, and he answered me; he... 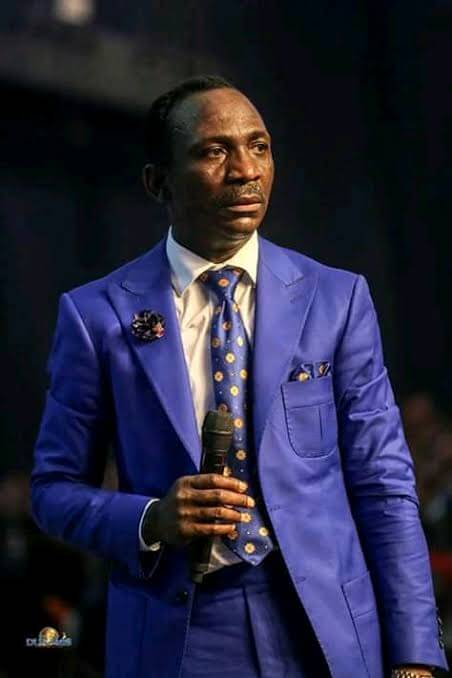 Seeds of Destiny 12 July 2020 Sunday Devotional by Dr. Paul Enenche TOPIC: A Lifting Up By The Oil SCRIPTURE:...