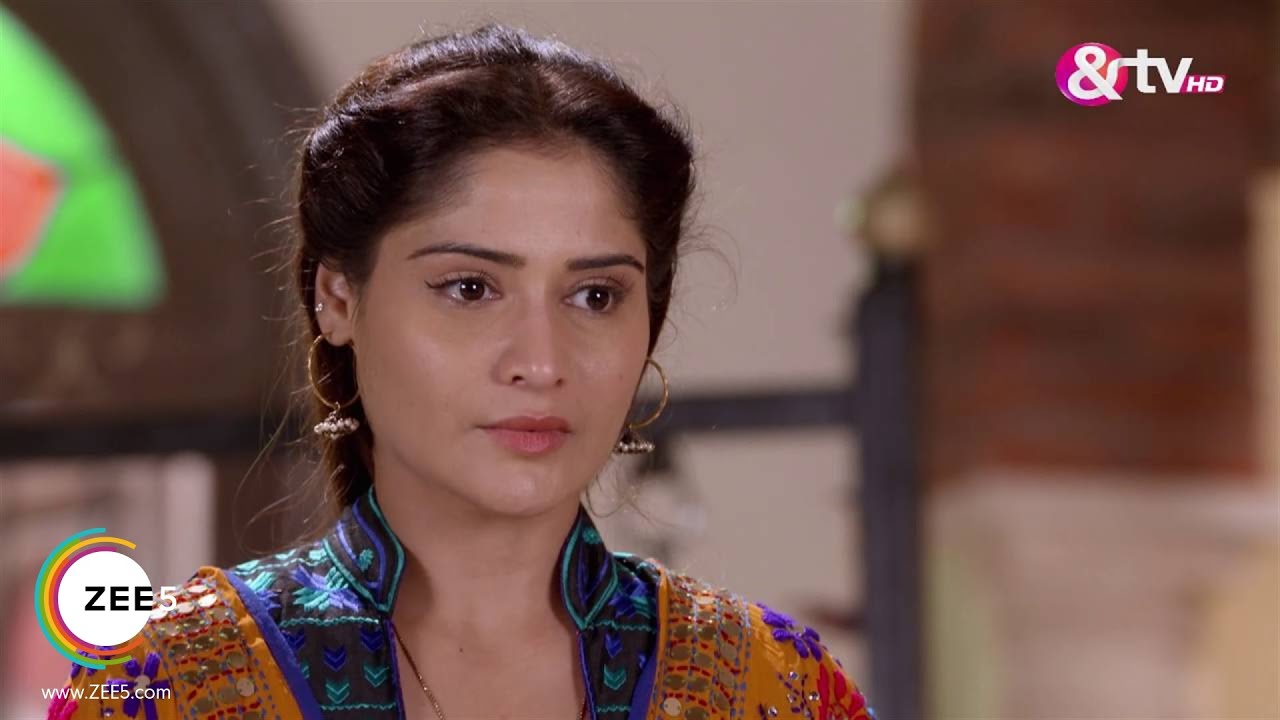 The Heir 10 November 2019 Update begins when Amba gives jewelry to bank manager and getting loan approved. Amba says its our new start. The ladies cheer for Amba. They all go. Raj says Preet didn’t confess love till now, how will we convince Simran. Rohan says don’t get sad, she will confess love soon. Jagan sees Amba and leaves. The women go out and celebrate. Mannu recalls what all happened with her.

Mannu says these people told bad things, and today they are talking good. Raj and Rohan lift Mannu. Raj says we should have done this before. Raj chants Preet’s name. Sukhi does Mannu’s aarti. Waaris……plays……….

They all come home. The girls dance. Everyone smiles. Mannu sees Raj. Siddhi comes there and greets them. Siddhi says I m a choreographer. Gunjan asks her to teach her some steps. Siddhi teaches them dance. They dance on Kaala chashmah……Vinayak comes there. Mannu asks who is he. Siddhi says he is the hero of the movie, he is Vin Kundra. The girl asks shall I take a pic with you. Girls take selfie with him.

Vinayak promotes the new show. Siddhi Vinayak leave. Jagan throws the bags down. Mannu asks what’s this misbehavior.
He asks what, its Diwali, I m cleaning stuff, you guys are the dirt. Amba says yes, this is your property, you do anything you want, its our house too.

Mannu says you are not Shah now, you lost all Shah rights after going to jail. He asks who is Shah then, is Amba Shah, she made you wear guy’s clothes and made you Shah, then you guys got caught, everyone knows it, what will you do now, you will do drama yourself now. He jokes on Amba. Mannu says Amba doesn’t need to be a man to become Shahni. He laughs and says forget this, just a guy can become Waaris, woman can’t become Shah.

Sarpanch comes and says being a man is not enough to become Shah, I want to remind you, there was a compromise, if panchayat thinks Shah doesn’t deserve to be Shah, villagers can choose their Shah, everyone knows your deeds, so panchayat decided to remove you from Shah post. Jagan gets shocked. Sarpanch says one whom panchayat and villagers choose. They all smile.

Jagan says its wrong. Sarpanch says I have thought well. Amba says you ended Jagan’s game, thanks a lot. Sarpanch says no need to say thanks, you did responsibility of women welfare, we hope you do good work, you have to get panchayat in your favor, I will pray you get successful. He goes. Mannu makes Amba sit. Raj goes. Rohan stumbles and holds wig. Jagan looks on and thinks who is this Laila, I have to find out.

Chandar scolds the man. The man says there is a bad news, Jagan is removed from Shah post. Chandar gets angry. He says I have to come out of this jail soon, I will blacken their faces. The girls dance. Mannu comes to Raj and Rohan.

Rohan says I won’t go till I talk to Simran, but Raj is packing bag. Mannu asks what’s this, get ready and come. Raj says no, our work is done, we don’t want to play more, we should go home, something wrong will happen if we stay more. She asks why, no one will know. He says no, we should tell them on own, Amba wants to become Shahni, I don’t want any hurdle to come in her way. She asks him not to say.

He says lying is bad, we are not needed here. Rohan says I have to tell Simran, you also came for Preet. Raj stops him. Mannu asks is your work really over. He wishes she tells her feelings once, then he will stay with her always. She says maybe you are right, you should leave. He asks Rohan to come, our work ended here, no one needs us here.

Mannu say I don’t feel good. Jagan gets Raj and Rohan downstairs. Amba says what are they doing here. Jagan asks them not to be shy. He passes the gun to Amba. She asks what’s this drama. He says I was going to ask you. She says get them out else…. Jagan asks her not to shoot.

He asks everyone to see the drama, Raj and Rohan have become Pramila and Laila to stay here. Amba gets shocked when the Ngo lady says they didn’t sent any such women. Jagan shows the hair wigs from Raj and Rohan’s bags. He makes them wear the wigs. They all get shocked. Mannu and Gunjan worry. Jagan scolds Raj and Rohan. He says we didn’t know they are staying here, someone would be knowing about this.

She says it would have happened by Amba’s permission, these guys have stayed here and slept with our girls too, you didn’t have any respect, no this is wrong, you have to answer now, I respect women, I m ashamed to see this, I couldn’t do anything, none plays such a bad game, Amba did this to become Shahni, its good I got to know this. Amba says enough. She scolds Raj and Rohan for insulting her in front of everyone. She says you came to take revenge. She beats Raj and Rohan.

She scolds Raj for insulting Mannu after marrying her. Mannu gets restless. Amba says you cheated my daughter, I will settle scores today, I will show the result of cheat. She asks the men to beat him. Raj gets beaten up. Mannu asks them to stop it, its not like Amba is thinking. Raj and Rohan get beaten up. Mannu holds Raj and cries. She hugs him. Jagan, Amba and everyone get shocked. Mannu kisses Raj. Amba gets angry. Mannu and Raj have a liplock. Everyone looks on. Amba cries and shouts Preet.

Mannu says Raj can’t play with anyone’s respect, he has come to help us, he didn’t cheat anyone, he did a husband’s duty and kept love, he risked his life and stayed here as he loves me a lot, how can we forget when the jewelry was getting stolen, Raj saved it, he saved Aman from Chandar, he didn’t come to keep enmity, he came to keep love, Raj was right, I was wrong, I trust Raj, I should have said it before, I will say now, I love you a lot Raj. They hug.

Mannu says we can never get separated now. Amba raises hand on her. Raj holds her hand. She scolds him. He says I can’t insult you, I won’t let anyone touch Preet. Amba says you are fooling again. They argue. Jagan provokes everyone against Amba. Amba asks Raj to leave Mannu’s hand. She tries to make them away. Amba slaps Raj and asks him not to forget his status. She gets Raj beaten up again. Raj falls down. Mannu cries. Amba takes Mannu with her.

Mannu says I have to go to Raj. Amba slaps her and says if you go there, you will become wrong, Raj insulted you, he cheated you. Mannu says Raj is my husband, I have kept his name’s Karwachauth fast, he has changed, he loves me, he did a lot for us, he saved your respect, he was silent when you got him beaten up, he wants to help us in your dream of becoming Shahni, he is like the son you wanted, he is not cheating us. Amba says his love made you blind.

Mannu says enmity fire made you mad. Amba goes and locks her. Mannu says you can’t make me away from Raj. Jagan sees Raj getting beaten up. Amba asks men to tie Bajwas to the jeep. She says its my game today, I will fail them today.

The Heir 10 November 2019 Update ends as Aman says Raj saved my life, he is not bad. Gunjan says yes, he loves Preet, leave him please. Amba says I will drop him home, he won’t come back again. Raj says I will just take Preet’s name, she confessed love in front of everyone, I m not scared of any wound now