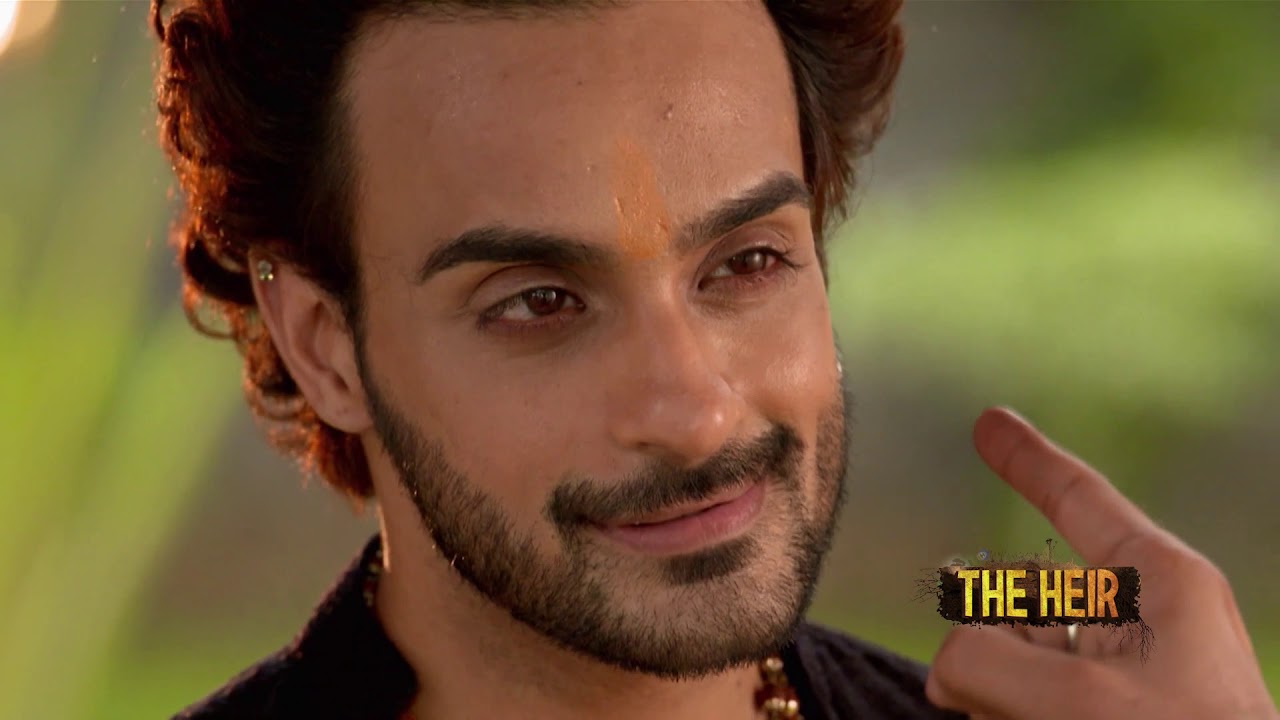 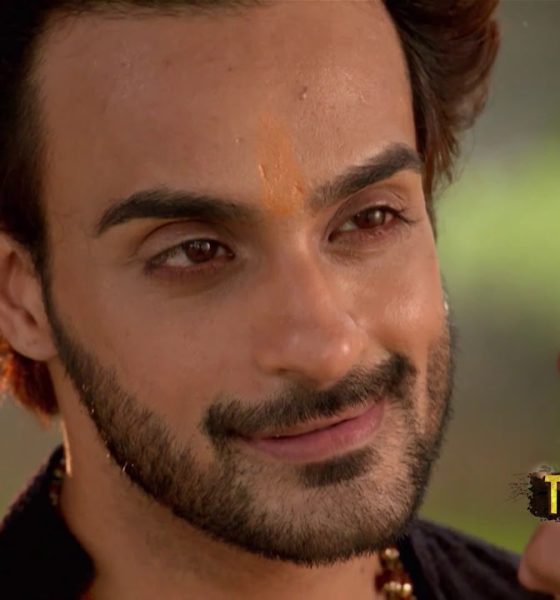 The Heir 8 November 2019 Update starts as the ladies ask Raj did anything wrong happen. Raj says no. Mannu asks them to help and do aid. Raj looks at her. Mannu says after all a woman can help another woman, right. Amba asks them to take him to Jagan’s room. She asks Mannu to take rest.

Chandar tells his plan to his man. He says Amba will lose the jewelry, her dream will be just a dream, it will get into ashes. He laughs. Mannu says Priyanka is not alone, someone else is also thief here. She shows the evidence to Gunjan and asks her to find out who has less beads mangalsutra. Gunjan says I will help you. She goes. Raj says we will find the thief, Gunjan will come in some time. Mannu says we have to find out before tomorrow.

Gunjan comes and says the mangalsutra are not matching anyone, I have seen it well, maybe you both got a misunderstanding. She goes. Mannu cries and thanks her. Raj says we lost this chance also, don’t know who is the thief.

Raj asks her not to lose courage. Mannu says I got to know the thief, its Gunjan. Raj gets shocked. Mannu cries. Mannu recalls Gunjan’s words. She says I have seen the mark on Gunjan’s neck, when that man pulled her mangalsutra, she would have got that mark. Raj asks her to think again. Mannu says Gunjan didn’t had the right box, see this. Raj says its same box. Mannu asks him to check. She shows the box and says I gave this by mistake, she has lied to me, why, think because she is the thief.

Mannu cries and tells Raj that Gunjan is the thief. She hugs him. She says it means Gunjan has done everything. She says how can she cheat us, she has sent Priyanka here to steal the jewelry. Raj says maybe she is helpless, I can’t believe Gunjan can do this, she trusts our love, we have to save her from trouble, this time is to fight, not break down in sorrow, we will win together. Chandar talks to Gunjan and asks are you doing what I said.

Gunjan says I m doing as you said. Mannu comes there. She knocks the door. Gunjan gets tensed. Mannu hears some sound. Gunjan ends call and opens door. She asks did you had any work. Mannu says no, I couldn’t talk to you, I was not getting sleep. She says family is a beautiful thing, we get together to fight, Simran stayed away from us, even then she tells me everything, we can share sorrow and problems with each other, if I have any problem, I will tell you first, if you have any problem, you will tell me right, we used to fly kites in childhood.

Gunjan cries. Mannu says we will solve any problem together. Gunjan doesn’t say anything. She goes to sleep. Mannu cries. Someone comes home at night. Its morning, Raj wakes up. He gets shocked seeing Jagan sleeping behind. Raj shouts for help. Jagan says I didn’t do anything, why are you shouting. Amba sees Jagan and asks you…..

Jagan sees everyone. He asks what’s happening here, who are these women. Raj asks him not to lie. Jagan says I thought she is Raavi. Amba asks can’t you see difference, you will never change. Jagan folds hands and apologizes. Mannu asks how did you get out of jail. He says I didn’t run away, I behaved well and my punishment got over, forgive me, I have realized my mistakes. He apologizes to Amba.

He gets chocolates for Babli and asks her to forgive him. She smiles. Raavi hugs him. Amba and everyone leave. Jagan asks Sukhi to come and hugs him. Mannu says something is wrong, how can he come suddenly. Amba asks her to see arrangements for puja. She goes. Mannu says we have to deposit jewelry in bank. Raj says we will be more alert, come we will do diwali arrangements.

Rohan sees Simran and smiles. Gunjan sees Rohan near the door. Everyone does their work. Mannu looks for Gunjan and tells Raj about the jewelry. The Heir 8 November 2019 Update

Mannu and Raj gets relieved on finding jewelry safe. Raj says if jewelry is here, where is Gunjan. They look for Gunjan. Mannu steps on the floor and checks. Raj asks what happened. They hear some sound. They check the trunk and get shocked seeing a secret passage.

The people get angry and plan to insult Amba. The man informs Chandar that his plan to swap the real jewelry with fake one is great. Gunjan passes in the secret passage. She gets shocked seeing Mannu and Raj. Mannu asks why….. why did you do this with family, such a big cheat.

She asks Gunjan to answer. She scolds her and says police will make you say truth now. Gunjan says yes, give me to police, maybe police can tell me where is Aman. Mannu asks what happened to Aman, who is making you do all this.

Mannu sees Chandar’s man’s call. Gunjan says he will come to take jewelry, what to do. Mannu says nothing will happen, tell him you are getting jewelry. Gunjan tells the man that she is coming, she got the real jewelry. Mannu says we have to make Chandar assured that everything is happening as per his plan, we have to save Aman, you will take fake jewelry.

Raj asks Gunjan to trust Mannu. He makes her say the same. Gunjan says I trust my Mannu. Raj asks her to keep fake jewelry. Mannu says I know Chandar is mean, he kept Aman with him. Mannu says Chandar is playing games from jail, it means he is keeping a watch on Aman. Raj says I will free Aman. She says no, I can’t risk your life. He looks at her. She says its Pavaniya’s matter, so .. He says no, I won’t ask you why you worry for me, I will make a request, I gave you many sorrows, I can’t meet my eyes, I can’t sleep at night, fate gave me another chance to repent, if you loved me, don’t snatch this chance. He asks do you trust me. She nods. They cry.

The Heir 8 November 2019 Update ends when Gunjan comes. Raj asks her not to worry. Gunjan gives bag to the man and asks him to leave Aman. He says Chandar will decide. She scolds him. The man laughs and tells Chandar’s reach. He goes. Raj assures Gunjan that he will get Aman back. Simran misses Raman and wishes he was with her. Mannu hugs her sisters and prays Simran and Rohan unite, and help Raj in exposing Chandar.