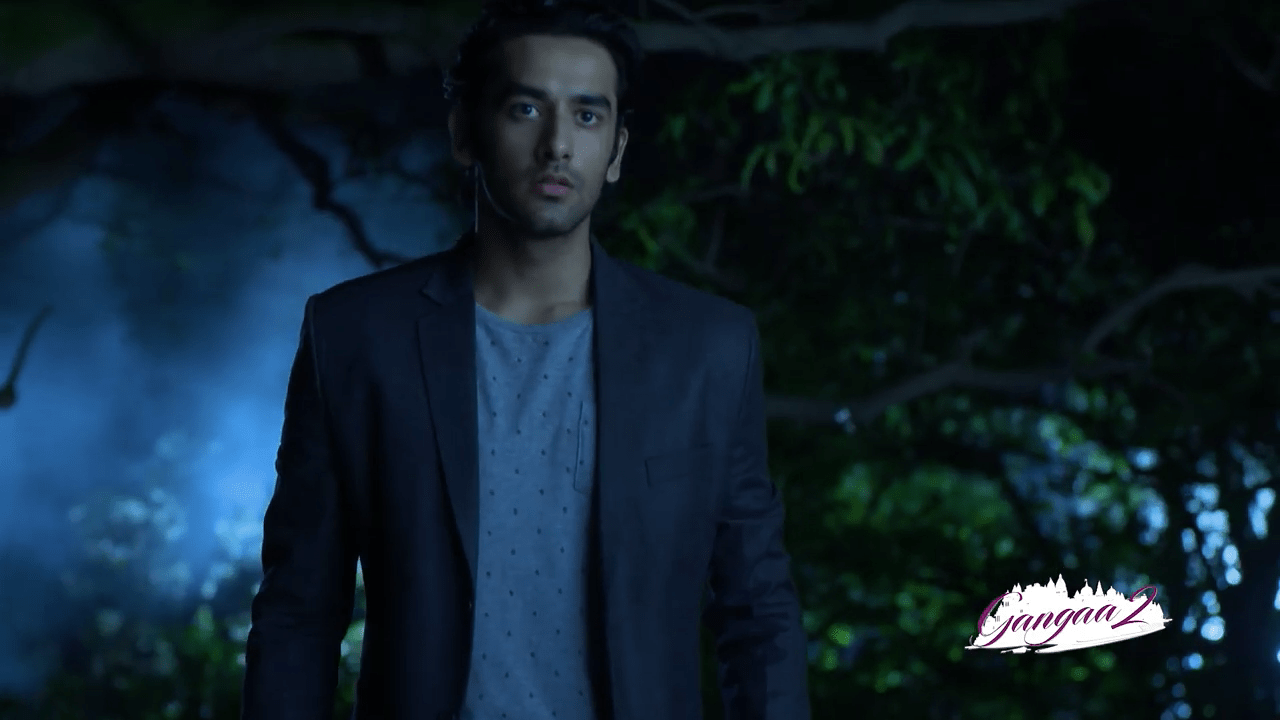 In the last episode, Niru says that ganga is still the same as she was, her pride and ego more than anything else, and asks how he forgot that she wont take anything as a beg or in sympathy, and she shall not stop till she gets whats her rightful share. sagar hears tensedly, as niru says that he is proud of her. the screen freezes on sagar’s tensed face.

In Gangaa 8 December 2019 Update, Ganga paces around nervously, in krishna’s ward, while she is still unconscious. she is grieved to see her pain and hopes that she should have gotten her share of the pain, and wonders how does krishna bear such immense pain in such a young age. madhavi comes in saying that she too felt the same pain, and recounts how she wished the same, when sagar was operated and was in immense pain himself.

She says that ganga might want to, but she cant take anyone’s pain, and that everyone has to bear their own share, like sagar and ganga did, and now its krishna’s turn. ganga is tensed, as tears stream down her cheeks.

As sagar eyes Krishna from the peephole, he wonders whats his connection with hr, and why is he drawn to her so attached in such a short span of time, and why does every single pang of pain that she feels makes him bleed too. a distraught Sagar resignedly sits beside niru, who sits apalled himself. he eyes sagar, worried. sagar says that ganga isnt his daughter, then why does niru feel the same way, for krishna, even though she isnt his real daughter, and asks if he feels the same way, as he feels for krishna.

Niru complies, but adds that it isnt what he feels for krishna. he says that he has immense love, respect for ganga, and wants to see her happy, and her sadness saddens him too, but not as much as her father would be hurt. he remembers how he used to be affected by ganga’s pain or torments in childhood, just like a father feels for the daughter, but not exactly like that ever, since he didnt give her birth.

He says that only the father can be attached to the child, by such heart, and soul, where the slightest of pain affects him, and asks if he feels the same pain and torment. sagar is stunned into silence and niru asks him to speak up, as to whats the difference between his feelings for krishna and his feelings for ganga. niru tells sagar that he must have found the answer to his qeustion in his own answer. but ganga comes and says that there isnt any meaning to this answer. madhavi stands tensed.

Ganga asks him not to think that what he rejected all these years, he shall suddenly find out and comply to now. she says that krishna is only her child, and he isnt related at all sagar stands apalled. Ganga tells sagar that there isnt any need for him in their lives, as krushna isnt his child, and he shouldnt care about them.

She says that they have managed easily so far, and shall mnage without him, in the future too. she asks him not to step in their lives now and begs for a favour, and thats to return back to Lond, as she shall forget him, once time passes, and asks him to stop showing them false dreams, as she doesnt want krishna to get hurt. she coaxes him that he can do this much at least.

Sagar stands stunned. madhavi takes him aside, and asks him not to bother, as old wounds only bleed badly, when brusied, and shall pain him and ganga too, and that its better for krishna this way, and till she keeps seeing him, she shall have loads of unanswered questions. madhavi begins to take him from there, holding his hand. he is about to leave, when krishna wakes up, and screams out Junglee Uncle, which makes him stop right tht instant, as he turns back around. ganga is tensed.

Krishna fall back unconscious in the bed, exhaustion taking over. he says that he cant leave from here, without solving it all, as he felt that krishna called him, and wants him to stay here, and that there is something thats stopping him, and maybe its an old wound, or painful experience and asks how should he unhear it. he explains that he feels he is leaving a part of his behind, and says that he cant go like this.

Outside on the road, sagar finds krishna rushing to him, with balloons in her hand. they both tightly hug each other. he asks where was she, as he was missing her. they fly off the balloons together. he turns to see that he had been merely imagining the whole sequence, when madhavi nudges him in his daze from the car. she asks whats he thinking. he says that he has made a grave mistake, a mistake that cant be forgiven. she asks him to step in, as the they have come home. he says that he wants to go to krishna, as she must have gotten awake by now, and how would ganga manage everything alone.

He hopes that krishna gets better soon. she says that he did everything in his capacity, and asks him to respect ganga’s mood, and asks him to come along. maharaj finds them coming in, and rushes to give this news to ammaji. he meets zoya in the corridor, and tells this to her too. she is frustrated.

Meanwhile, ammaji is busy giving lessons to juhi, who intently listens when maharaj rushes in and gives her the news of someone coming, and ammaji rushes out to see who is maharaj talking about.

As kashish and ganga talk about eating something atleast, kashish then tells that she told niru to leave, as she is here to take care of ganga. ganga complies. they both find krishna waking up, she asks if she is okay. krishna looks around and asks where is junglee uncle, and that she saw junglee uncle who rushed into save her. she tries to get up, but ganga puts her down. krishna vehemently asks, while ganga is at a loss of an answer, and finaly says hat he left. she asks how could this hppen without meeting her. ganga reprimands her, while crying, about her rash behaviour to leave like that.

She asks her not to cry, as she merely went to meet her father, as she thought she would meet her father, but instead she met uncle and asks if he is her father after all, and ganga is apalled to hear this. she denies, and krishna says that sagar would have stayed with them, had he been. ganga asks her to rest and not talk much, as she isnt well. krishna realises she is in a hospital, and asks how did that happen. kashish cites her the reason of weakness, but ganga says that she doesnt wish to lie, and tells her the truth.

Krishna asks what if she dies. but ganga vehemently assures that she shall fight and they shall be okay, and nothing shall happen to her. ganga kisses her on the forehead, and gets ready to leave, when the nurse comes and asks them to. they finally come out, and eye each other tensedly. ganga says that krishna should have the strength to fight the world. kashish asks what about sagar, and that today also she lied to krishna, when she said that she wont.

Ganga denies, saying that a father is always besides the child, to tke care of her in her troubles, and how sagar wasnt ever there, and how she single handedly brought her up, and that sagar cant be her daughter’s father. The screen freezes on her tensed face.