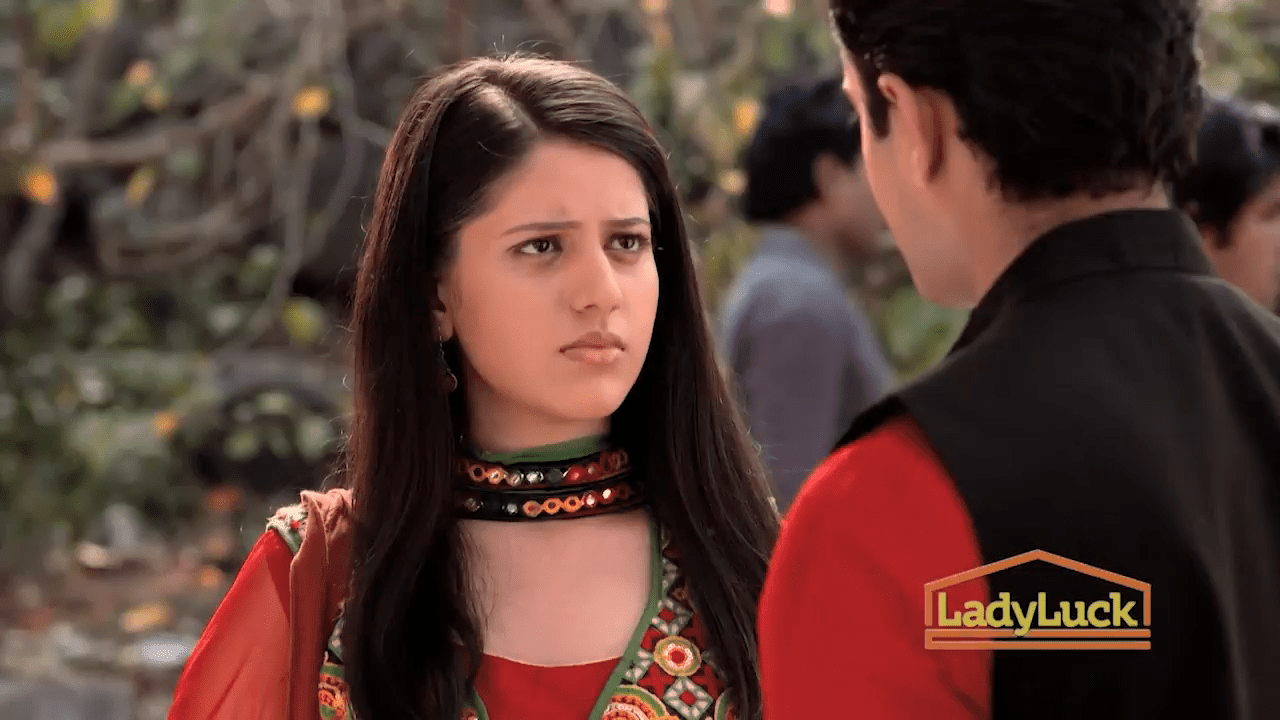 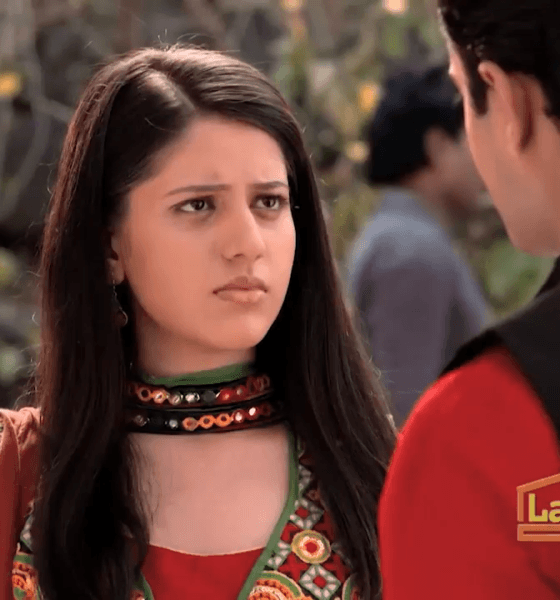 In the previous episode of Lady Luck, Surbhi serves food for whole family and overfeeds Varun. He asks her to stop as he is full. Dhara says food is really good. Murli says it tastes like Janaki and Dhara’s food, then how did Surbhi prepare it. Surbhi gets tensed and starts speaking to Varun to divert attention. Bhoomi and Shanti get happy seeing that.

The lady badmouths Bhoomi that she had an affair before marriage, Maan hears that and asks how dare she talk wrong about his wife. Vasundhara says insulting Bhoomi is like insulting Prajapati family. Lady apologizes her.

Suman calls Surbhi and tells her about muhi dikhayi drama here. Surbhi also tells how she escaped today. Suman says she wants her to be back here soon and tells her plan.

Relative ladies leave after ritual. Shanti daadi says even she will leave now. Maan says she will drop her. Bhoomi gets sad. Shanti asks her not to be sad as Vasundhara is a good woman and will accept her as Bahu soon, she should not lose hope though and continue taking care of family. She leaves in car. Bhoomi thinks she will try her best to get into Vasdunhara and Maan’s hearts.

Bhoomi thanks Ansh for taking her side. He says he did it for his family and says he has not forgiven her, he is her husband in front of world but no one personally. He asks her to stop fooling herself as neither him nor badi maa/vasundhara will accept her. Bhoomi gets sad.

Murli asks Shanti if everything is alright at Bhoomi’s house. She says yes and asks why is he asking it. He says they are married for 40 years and she never stays at anyone’s house for more than 2 days, but she stayed for 3 days in her granddaughter’s house, so something is wrong. She says Bhoomi is very happy and they are lucky to get Maan ask damad. She says he should be happy that she will not go anywhere now. He says he can for 3-4 days more as he was happy without her. She gets irked.

Suman gets marriage album and tells Surbhi is looking very beautiful in photos. Bhoomi reminisces Maan’s angst and gets sad. Latha sees album with Agram and tells Bhoomi and Maan are looking good together. Maan comes just then from outside. Suman taunts that they married as strangers but did not know they are marrying whom they are having affair with. Maan gets irked and says he never had affair with Bhoomi. Latha says Suman did not mean that.

Suman thinks of punishing Bhoomi by sending album to Vasundhara via her. She requests her and gives album in her hand. Once she leaves, she smirks and thinks Vasundhara will create a big havoc now. Vasundhara sees Bhoomi standing outside her room and telling marriage album has arrived. She snatches album from her hand and shouts Maan’s name. Suman sees it from her window and jumps in happiness. Vasundhara comes down shouting Maan’s name. Maan comes down and asks what happened.

She says Bhoomi was trying to enter her room in lieu of showing album, which she will never tolerate. She asks bhoomi if she wanted her to insult her by showing this album. She tears pics and says nobody will talk about this marriage from hereon. She asks Bhoomi not step in with her inauspicious feet and she is inexistent for her. Bhoomi cries.

Varun wakes up Surbhi and says it is already afternoon now. She should have helped Janaki instead. She says AC was making noise, so she could not sleep whole night and reuests him to get new AC. He says he will talk to dad. She hugs him and thinks AC saved her today.

Bhoomi follows Ansh and asks him to listen to her. He shouts why did she show it almbum to badi maa as she is already angry on him and says their marriage is a fraud and she should not remind them always. He says nobody should see their marriage album and takes it with him.