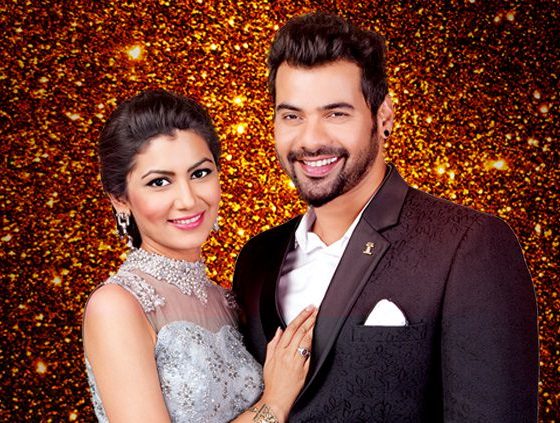 Kumkum Bhagya 22 January 2020 Written Update starts with Maya accusing Ranbir and tells that they were in corridor, when he took her to room forcibly. Shahana tells her that she has seen her getting closer to Ranbir. The media asks Shahana if the girl has done this thing to her, and says girls are enemies of girls. Shahana says I was in the party, not you. Rhea tells that Ranbir is innocent and can’t do this.

Maya tells that Prachi was in the party and have seen everything. Prachi tells Inspector that Ranbir belongs to a good family and he never misbehaved with any girl. She says I don’t know since childhood, but can say this. Inspector says when his family don’t know then how do you know. He says proof this in court. Abhi asks him to free Ranbir and says we will bring him for investigation. Maya asks Inspector not to leave him, else he will kill him.

Abhi says this girl is lying. He says he will free him anyhow. Vikram says we will do something. Inspector says such things happens when the guy is drunk. Abhi asks what do you mean? Vikram says we didn’t come here to fight. They all leave. Rhea smirks looking at Maya. Maya smiles a bit. Inspector asks Constable to drop Maya to her house.

Media asks Ranbir what he will do now. If he has really molested the girl. Ranbir says no comments and thinks what Pallavi might be thinking? Beeji asks Pallavi not to cry and says you shall have strength. She says Ranbir is innocent and will be back. Abhi, Vikram and Rhea come back home. Pallavi asks where is Ranbir? Vikram says it is night so Judge didn’t give bail.

Pallavi says my son is innocent and says why he is in jail. Abhi says we know Ranbir, but not them. He promises that Ranbir will be brought home by tomorrow. Purab thinks it won’t be easy for Ranbir. Rhea asks Purab about Aaliya. He says in room. Rhea goes. Purab thinks everyone is worried, Aaliya said so much to Pragya di.

Pragya cries looking at Kiara’s pic and tells that when she came to know that her daughter was there, she wanted to meet and hug her. She says a day never passed when she didn’t miss her. She says she will meet her only when her daughter wants. Prachi and Shahana come home. Pragya keeps the pic and diary in the cupboard and opens the door. She says she left early. Shahana says you did right, we couldn’t even enjoy the party as Ranbir was arrested.

Pragya comes back and asks what? Prachi tells that a girl Maya accused Ranbir of molestation. Pragya says this is wrong and says someone is trapping him. Shahana asks if Sanju is doing this? Pragya says Sanju had eloped, may be someone else. She says she will go and meet Ranbir. Prachi and Shahana say that they will come. Pragya says no, and tells that she will only go as it is night. She comes to the Police station.

Ranbir hesitantly say that he is innocent. Pragya says I know and says I know you are innocent. I came to tell that we have to pay for our goodness in life sometimes and says these thing make us mature, she says we all are with you and your family too. Ranbir says I am glad that you are here and thanks her. Pragya says you will not be here, and tells that the girl has done the mistake. Ranbir hopes that the girl accepts her mistake.

Pragya says she will else she will make her realize. She tells that she trusts him as she sees innocence in him. Ranbir asks if Prachi trust him. Pragya says yes. Ranbir thanks them for the trust and says I don’t think I can pay that. Pragya asks him to make her have coffee after coming out. Ranbir asks to whom? You or Prachi.

Rhea comes to Aaliya’s room and tells that Ranbir is in Police station still. She tells her that nobody took her statement and tells that Prachi took stand for Ranbir and told that he can’t do this. Aaliya says may be she is against him, but was silent to return his favours. She says tomorrow, Vikram and bhai will bail him out, when he was coming home, you shall go and talk to Maya. Rhea is shocked and asks if Maya will do this. Aaliya says she has to do whatever I tell her to do. She says when Ranbir is coming home on bail, our phase 2 will start.

Abhi and Vikram show the bail papers to Ranbir. Inspector reads the papers. Abhi asks him to hurry up. He scolds Vikram for not giving good values to his son. Abhi says my promise will break. Vikram says even I am getting angry. Inspector asks him to hire lawyer for his son always and says he will be punished. Abhi says Ranbir can’t do this and tells that he is innocent. Vikram argues. Lawyer asks him not to argue.

Ranbir comes out and hugs Abhi and Vikram. Abhi says I will thank Inspector. He says Ranbir is not guilty and can’t molest anyone. He says I am not saying that as I love him, but because I know him. He says Ranbir shall not suffer, else you will suffer. Rhea calls Maya, but the latter doesn’t pick the call. She is outside the house and rings her door bell. Maya opens the door. Rhea comes inside and asks why she is not picking her call.

Ranbir and Vikram are in the car. Ranbir sees Maya’s house and recalls asking her address. He asks Vikram to stop the car and asks him to be inside. He says this is Maya’s house and I want to ask why she did this. Abhi comes in his car and stops seeing their car. He asks Vikram where did Ranbir go? Vikram says this house is of Maya and Ranbir went to talk to her. Abhi says Maya will get him arrested again.

Maya asks Rhea if she will stop her suicide attempt and if she will be there. She says it is a bakwas idea and asks her to go. Just then door bell rings. Maya thinks who could be here, nobody knows that I stay here. Rhea asks if your boyfriend came. Maya asks her to hide. Rhea says I will see who has come. Rhea opens the door, but Maya comes infront of her and Rhea hides behind the door.

Kumkum Bhagya 22 January 2020 Written Update ends as Maya sees Ranbir and asks why did he come here? Ranbir says I just had juice with you. Abhi comes there and asks Ranbir to come. He takes him out and tries to make him understand that Maya will not say anything if he asks her, and will put accusation on him again.