American singer, Mariah Carey Twitter account has been hacked. Over 50 tweets were published before the page was temporarily shut down and the tweets were deleted.

Though it’s unclear who is behind the hack, tweets shared on her account mentioned the Chuckling Squad, a hacker group that compromised Twitter CEO Jack Dorsey’s account in August. 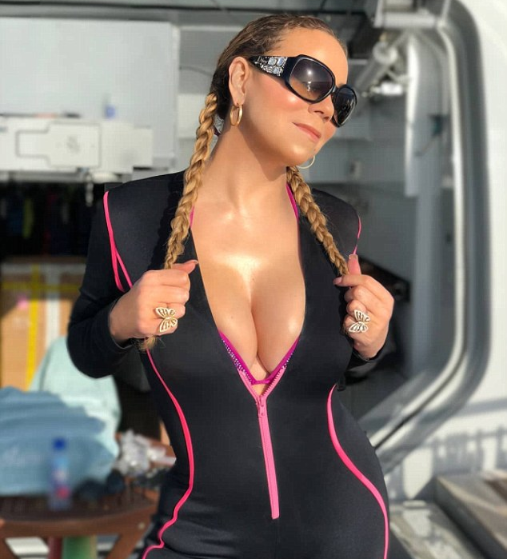 Most of the tweets shared on Tuesday afternoon were quickly deleted, although the damage was done. Rapper, Eminem took the major blow and there was also a retweet of another account referencing his daughter.

Immediately after the first tweet, the hackers sent out another Eminem targetted message. “Eminem has a little penis” the account tweeted. After the initial jabs at the rapper, the hackers got bolder and began spewing out all types of garbage.

See her tweets below; 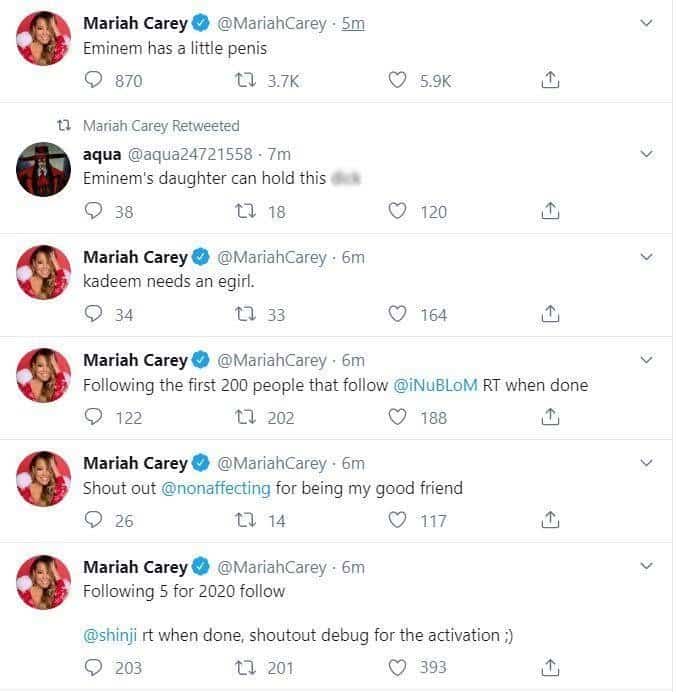 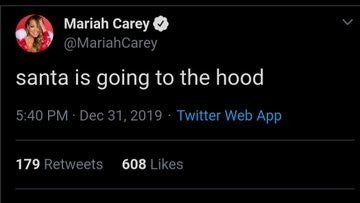