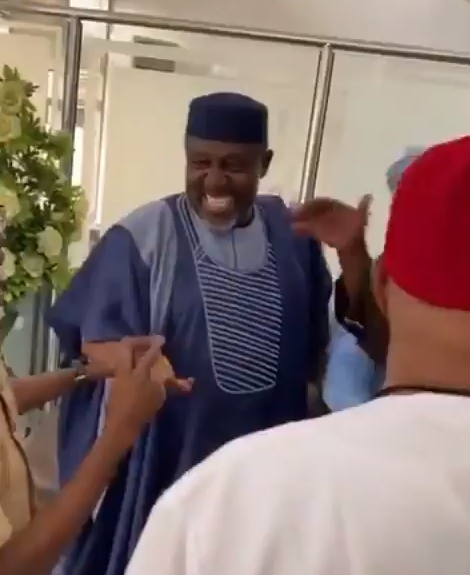 Rochas Okorocha reacts as Governor Uzodinma launches investigation against him

Former Governor of Imo State, Senator Rochas Okorocha has reacted to Governor Hope Uzodinma’s announcement of the launch of a probe against him and other past Governors of the state.

Recall that the new Governor of the State who made the annoucement during his inaugural speech yesterday January 15, gave the accountant-general of the state four days to submit a report of the financial status of the state from May 2010 to him.

In a tweet shared on Thursday January 16, Okorocha stated that he is okay with being probed. The Imo West lawmaker however stated that what he is against is the misuse of power to harass and intimidate him and his supporters.

“Let me reiterate that I have nothing against being probed.

“What I did not agree with was the attempt to misuse power to harass and intimidate me or any of my supporters.” 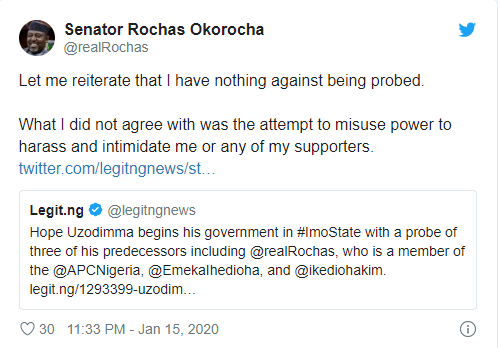