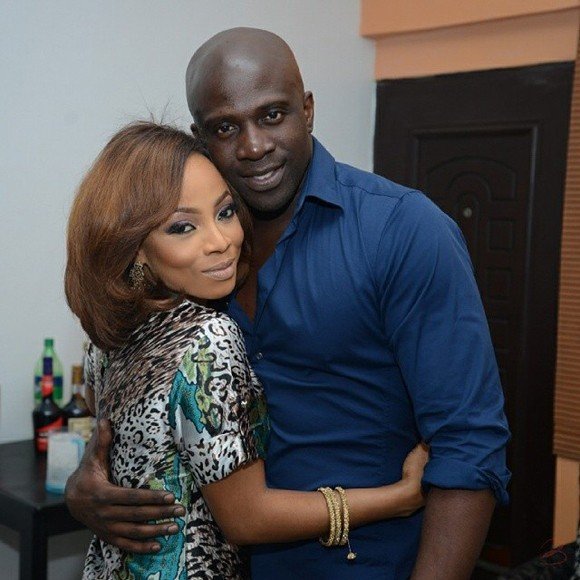 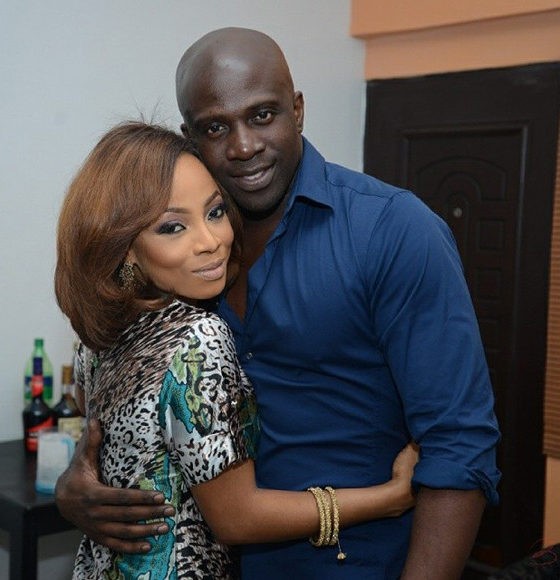 Media personality, Toke Makinwa has revealed what she did upon realizing that her ex-husband Maje Ayida was consistently cheating on her.

Toke gave an insight on what she did in her previous marriage after sharing her view on the viral video of the woman that attacked her husband’s side chick at Ikeja City Mall. 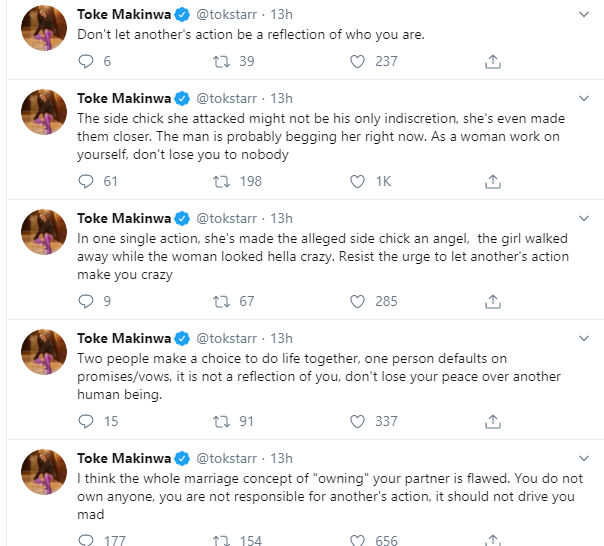 A Twitter user @meeriham_ who reacted to Toke Makinwa’s tweets, asked the Media Personality to enlighten everyone on what she did upon realizing that Maje was consistently cheating on her with his baby mama, Anita.

Serving a response to the tweet, Toke revealed that she didn’t go around fighting but walked away, focused on her dreams and aspirations and also worked on herself.

See the exchange below; 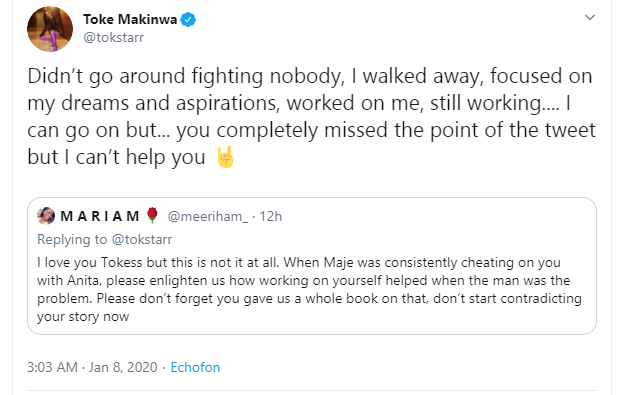