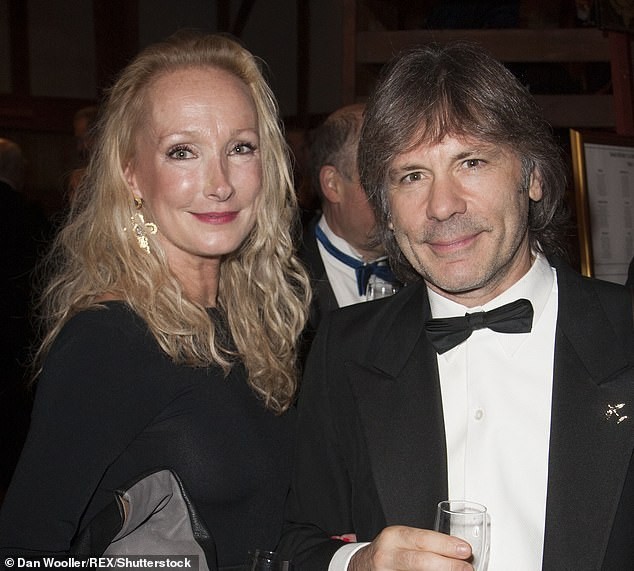 She was found dead at their marital home in Chiswick, West London at about 10am on Monday, May 18.

In a statement, Dickinson said: ‘This is a terrible tragedy which appears to be a tragic accident.

‘Our children Austin, Griffin and Kia and I are devastated. Out of respect for Paddy we won’t be making any further comment at this hugely difficult and painful time for our family.’

London Ambulance Service also confirmed they had attended, but that the patient was pronounced dead on arrival.

A spokesperson said: ‘We were called at 9.42am today to reports of a person unwell in Barrowgate Road, Chiswick.

‘We sent two ambulance crews to the scene – the first one arriving within two minutes. Sadly, the patient had already died.’

The English musician, 61, and his wife split in November, 29 years after they got married. The former couple have three children together.

Their shock divorce was estimated to be worth £90 million.