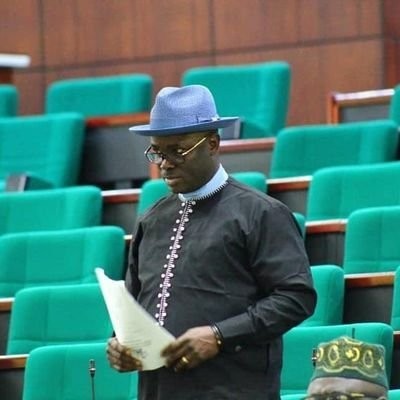 Ben Ibakpa, the lawmaker representing Ethiope Federal Constituency in the house of representatives has alleged that some Nigerian officials signed loan documents from China written in the Chinese language.

The lawmaker disclosed this while appearing on Channels Television’s Sunrise Daily programme.

Ibakpa who stated that the National Assembly is not carried along when the executive takes loans from China, further pointed out that the loan documents are not critically evaluated before being signed. He also averred most of the contracts executed by the Chinese firms in the country are overpriced.

The Delta-born lawmaker maintained that the Buhari-led administration which campaigned with an anti-corruption mantra, should do better in checking these loans as corruption is fueled by awarding of contracts.

“The national assembly was kept in the dark in all these loans.

“The National Assembly is not part of it. Even the Bureau for Public Procurement is not aware of these loans.

“These loans are collected via the China Civil Engineering Construction Corporation (CCECC). They bring a bill, the Federal executive approves the bill.

“From what we have seen from other countries, the Chinese loans are overpriced and these people are very corrupt.

“Some of these agreements that are signed, they come in Chinese language.”