Twist of Fate 31 May 2020 Update starts with Abhi punishing the guard of the haveli. Pragya counts the numbers. He asks them to forgive him. Abhi scares him and he leaves. Abhi gets a call from a producer. He tells the address of the haveli. Pragya shouts seeing something. Bulbul cries, feeling bad that she can’t do anything for Kumkum Bhagya marriage hall. She cries badly.

Producer says, I have booked a best room of this hotel. He tells that he has hired security guard for them. Tanu gets angry. Abhi asks her to listen to him. Tanu says, you didn’t call and inform me anything. Abhi tells her that his phone battery was dead and they met with an accident. He lies to her saying Pragya tried to kill him. He says, I couldn’t do anything because of Dadi. Tanu says, we will spend some quality time together. Abhi says, he wants to relax. Tanu asks him to freshen up.

Bulbul looks at Sarla and covers her with blanket properly. She kisses on her forehead. Beeji sees and takes her with her. She tells her that she is her Dadi. She tells that bad time will go soon. She tells that they will find a way out for the problems. Sarla hears them and cries.

Pragya is keeping the clothes in the cupboard. Abhi asks her to get out of room. Pragya asks, where I will go? Abhi reminds her that she is celebrity’s wife and asks her not to get happy. They argue. Abhi touch her nose and asks her to keep quiet.

Tanu comes to Abhi’s room, but is stopped by the guard. They say we can’t let any unknown person in Abhi’s room. Tanu gets angry and asks them to wait and watch. Abhi throws the stuff. Tanu calls for Abhi. Abhi comes out and asks the guards why they didn’t let her in. They ask Abhi to get Dadi’s permission. Abhi tells them that he can’t disturb dadi in the night and asks them not to let her go out. Pragya feels sad. She gets Dadi’s call. Dadi asks her about her journey.

Pragya tells her that everything is fine. Dadi says, I know that Abhi might be angry and asks her not to get upset. She tells her that marriage is a moment of happiness and a child is the strong bonding between the two. She asks her to give a new relation and become a mother of Abhi’s child. She continues that Abhi’s anger will be lowered then. Pragya is speechless. Dadi asks her to give the good news soon. Pragya tells her ok. Dadi gets happy and says I will wait for you both. Pragya is tensed.

Tanu tells Abhi that they are finally together. Abhi says, he is happy as Pragya is not with him. He says, I feel you. Announcement is made by the hotel manager about Abhi and Pragya arrival at their hotel and asks everyone to have romantic candle light dinner. Abhi thinks everything is happening good after Pragya left.

Pragya comes to the restaurant area to have food. She sits on the chair opposite Abhi unknowingly. Abhi tells her that he was waiting for her as he thinks she is Tanu. He hugs her from behind and is about to kiss her. He asks her to kiss him. Pragra is shocked.

Abhi trying to kiss Prayga in dark thinking her as Tanu. Pragya reminisces Sarla’s words about husband and wife and their love and gets emotional feeling Abhi’s touch. Abhi praises her hair and tries to kiss her. Tanu comes there, lights candle and is shocked to see Abhi trying to kiss Pragya. She burns his finger with candle paraffin. Abhi realizes his mistake and tries to console Tanu, but he walks out angrily from there.

Daadi and her cousins sadly talk about missing Abhi and Pragya. Daadi says she checked their twice thinking they are there. Cousin daadi thinks of playing prank.

Abhi tries to console Tanu saying if he would have known it was Pragya, he would have strangulated her, says she spoilt her mood. Tanu says he has to convince her. He asks her to kiss him. She angrily says she is going to her room and walks away. Abhi’s fan forcefully takes selfie with him.

Abhi sits with Pragya for candle light dinner and angrily throws spoon. He takes Pragya to a corner and says she must have purposefully allowed him to kiss and asks what if someone else would have been there and then thinks what is he talking. He asks if she would have allowed him to kiss if Tanu would not have come. She says she would not have allowed. He says because of her his mood is spoilt. He sees Villain movie on TV villain kills heroine with screw driver, takes apple and knife and cuts it saying he would have enjoyed killing her like this.

He asks her to not come in front of her as a punishment, else he will cut her into pieces. He then goes to console Tanu. Pragya thinks why did not she stop Abhi from coming near her. She then reminisces Daadi’s words that she needs a greatgrand kid soon.

Tanu calls Aaliya and says she has handled everything and tells her that Abhi is staying with her today and she will make him crazy. Abhi knocks door. She starts acting again as angry and opens door. Abhi tries to lure Tanu with Vodka, tea, etc., and then says he cannot do this and asks her to come near him. He takes ice and tries to rib it on shoulder. She throws it away.

He says we get very little time to enjoy and they are wasting it. She gets convinced and says she knows he does not know to convince her, so she was just acting. She asks him to stay with her tonight. He says he will stay with her anyways. She says she will act as walking on a ramp and try to fall down, he should hold her. He says he will hold her and give her french kiss. She says it sounds good.

Pragya calls Sarla. Sarla who is tensed about her marriage hall eviction notice and crying picks call and asks if she she is fine and how is Abhi. She says Abhi is very nice and he even took her for a candle light dinner and this is the happiest day of her life. Sarla says even she is happy hearing this and asks why her voice has changed. Pragya says she ate icecream. Sarla asks her not to worry and says she will take care of hall.

Pragya what happened to hall. She says nothing, just door broke off and she will trying to replace it, says she will handle everything alone. She asks why will she handle alone and asks if she is still angry on Bulbul, asks her to let her speak to her. Sarla says she has gone out and asks her to let her speak to Abhi. Pragya says he has gone out to attend producer’s meeting and says she will talk to her later. Sarla asks her to be happy and cuts call. She then starts crying vigorously and thinks she cannot tell her problems to her and make her sad.

Bulbul says Purvi that she tried her best to convince Sarla, but she is not yet convinced and does not know what to do now. She says when she was traveling with Sarla from corporator’s house, she did not even once look at her, she is eager to hear her voice. Sarla calls her just then. She asks Purvi to go out as she wants to talk to Bulbul. She informs bulbul about Pragya’s phone coming in range again and asks her not to inform her about hall. Bulbul asks if she forgive her. Sarla says she is trying and getting forgiven is in her hands.

Pragya looks at Abhi’s jacket and reminisces him calling her junior Abhi. She thinks she is getting attracted to him and should control.

Twist of Fate 31 May 2020 Update ends as Daadi and her cousins reaching hotel to meet Abhi and Pragya. Receptionist says he cannot let them in without Abhi’s permission. Another receptionist says they are Abhi’s famil and Abhi will get them out of work if he will know about it, gives wrong room number to daadis. Receptionist asks why did he give them wrong number. He says let them wander for some time, he will inform Abhi before that. 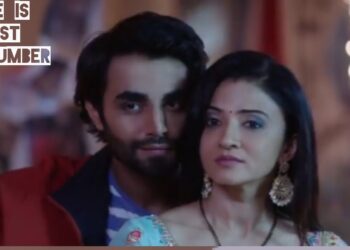