MEMORY VERSE: Psalm 7:12 “If he turn not, he will whet his sword; he hath bent his bow, and made it ready.”

OUTLINE: Faith are sacred. Realities can not be ignored. One reason why people are going through problems repeatedly is simply because many have chosen to ignore realities. Beloved, the reality you ignore today will stare you in the face sooner or later. A certain man was in very big trouble because he had been sacked from five jobs. When he could not feed his family again, his wife ran away leaving him with three daughters and to worsen his sorrow, his first daughter became pregnant while in form three.

When he tried to beat her, she said, “Daddy, all the time I did not ask you for bus fare to school, where did you think the money I was using came from?” The man was very sad, so he cried unto the Lord in prayer. He really cried to God and you know God never rejects a cry from the heart. The Lord Jesus appeared to him while he was praying and the man was very happy. He wanted the Lord to sympathize with him, promote him and give him deliverance from all his troubles. He wanted comfort, fairness and divine justice, but to his amazement, the Lord pointed at him and said, “Your problem is rooted in you and not in the enemy.”

The Lord told him that that was the hardest part of his Christian life. “You have not even agreed that you are your own problem, you are only deceiving yourself by blaming the devil. I am the Almighty, I am not struggling with the devil, I desire that your flesh must submit to Me, I want to dethrone you from the centre of your life and be your Lord, but you have not allowed Me to do so. You must contend with this power of your flesh, which is hindering My work and preventing Me from doing what I want to do in your life,” the Lord told him. The man was surprised but for the first time, he got the blunt truth which they say, is sometimes very bitter.

If you ignore the truth today, your sins with testify against you in the future.

MOTIVATIONAL QUOTE: The voice of God has been charged with authority to make you pursue your pursuers, destroy your destroyers, attack your attackers and get rid of those whom the devil has mandated to kill you.

PROPHETIC WORD: Any strange battle that the enemy is bringing my way, that battle shall die. 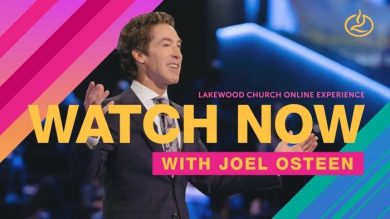 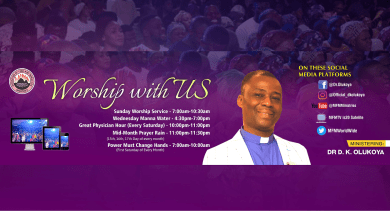