This is Fate 4 July 2020 Update – Sherlin warns Prithvi that she cannot come because if Karan sees them together then he will make sure that they both are thrown out of the family. She asks him to come to her immediately as they will discuss what to do, he ends the call and thinks that he must go and meet her because he will then make him ad, also his day has gotten worse because of Karan.

Karan is in his room wondering what Chachi said regarding Sherlin and Prithvi, he remembers what they said and thinks that he has to prove that they both are treated so which will end Sherlin’s marriage with Rishab and also break the engagement of Preeta with Prithvi, he vows to do everything to prevent Preeta life from being ruined.
Prithvi is leaving when Karina stops him asking why is he leaving because the doctor is on his way, he however makes an excuse and leaves, just after him Sherlin also comes and asks for her leave, Karan is waiting on the stairs and thinking that this is the most opportune moment as this will enable him to save not only Rishab but also Preeta.

He starts to follow Sherlin however she suspects him and turns back but he hides, he sees them both going together, he thinks that he will make them confess and will catch them while they are together so this will prove him right. Karan also leaves after them.

Rishab Is concerned for Preeta asking her to not worry, she says that she cannot comprehend what has happened to Prithvi however he says that he is okay and she must not worry, he says that she does not understand his position because everything is because of his fault, She remembers what Sherlin said and says her name, they are in front of them in their car, and they both are about to get into an accident, Rishab gets angry over their stupidity however Sherlin is praising him for his intelligence.

They move forward and again are about to get into an accident with Karan however he doesn’t stop and again moves forward with his chase which make Preeta and Rishab worry for his actions.

Sherlin and Prithvi are in their car and are thinking of what to do with Manisha, Karan is in his car and thinking that he will make sure that both of them get away from the lives of their family members.

Karina is on the phone, Rishab and Preeta come, and everyone asks if they have filed the FIR. They agree and also Rakhi says that Sarla has gone home because Bi jee called her back, Mahesh is worried for their safety and starts to discuss their plan however Rishab says that he will take care of everything, Rakhi is however concerned for his well being, he takes it as a joke and starts to tease her, Preeta starts to enjoy the moment with everyone else.
Sherlin and Prithvi reach her house and have a drink, he starts to act as if he is in love with her so that she does not get suspicious of his love for Preeta, he starts to romance with her all while acting

Karan reaches to Sherlin house and vows to not forgive them and record all the evidence and after that showing it to their family members and hence proving that something is fishy.

Karan is outside the house thinking of a plan to get into the house and record each and everything on his phone, he starts to look for the key but in the process drops a vase, he gets scared that they will get suspicious he immediately hides but is relieved to see that no one came out. Prithvi asks why she is angry, she says that he was looking at Karan but she was seeing him and saw that he was looking at her romantically, they both start to argue and he tries to leaves but she follows him ordering him to stop the melodrama because she is aware of all his actions and knows that he cannot be trusted.

Karan comes to the back door and tries to open it but Prithvi and Sherlin hear the sound and gets suspicious.

Prithvi asks Sherlin to remain quiet however she is very angry and demanding that he let go of Preeta because she will marry Rishab in any case. Karna is outside the door and drops his tool however they didnot hear anything because of the quarreling, Karan gets a call and immediately goes back to his car.

Prithvi asks Sherlin to remain quiet because he is sure that someone is spying on them and if it is true then they both will not be able to do anything, he ask Preeta what she wants to say, she ask him why he is talking so quietly, he says that he is very busy and will talk to her later, she starts to tease him but he informs that he has something important to do, he thinks that he should tell her everything that he saw but she will not believe him, Preeta starts to tease him, he says that he will not talk to her, Preeta tells that she is going back to her house, however he starts to scold her saying that she must go anywhere and remain in their house because he will come back and drop her himself, She thinks that she will make him realize this when he is in front of her, she takes his photo and starts to say bad things to it.

Prithvi asks Sherlin to remain quiet because there is someone on the door, she is not convinced and says that he is only making excuses, she bursts in the door and goes outside however there is none there and seeing it Prithvi also gets worried however then he takes her inside after he feels that there is someone outside, they go inside an when he leaves he sees that it is Karan, he also asks Sherlin to come and see it for herself,. When they both see that it is Karan they think of a plan to hide and turning off the lights go to the hall.

Samer calls Shrishti however she does not listen to anything, he asks her what the matter is and why is she so angry, she says that she does not want tot talk to him and he must go back to his other friend who was with him all the day, she goes to the room and closes the door, he makes her open it and says that he is not able to understand what the matter is and why is she so angry with him, she asks that he go back to Tanvi with whom he was all the day, he tries to make her realize that there is nothing between them however she is not convinced and tries to leave he pulls her back saying that she must not get jealous of anything because there is no one who is as closer to him as she is, they both hug each other, Karina sees them together from behind the door.

Rishab asks Preeta when she talked with Karna she says that it was just moments ago and when she called him he was really angry and she felt that he was just trying to pick a fight with her, Rishab says that if this is the case then he is sure that Karan was going to do something that will cause problems for him, Preeta however is suspicious that he will be with some of his girlfriends, Rishab says that this cannot be the case because Karan is not like he was before because at that time he would come back with girls but now he doesn’t go to any party and is also not with any outside girl. Rishab decides to call him but Preeta prevents him because Karan asked her to not call him in any situation, he then gets sure that Karna is going to do something bad, he calls her but Karan does not answer his phone.

Sherlin is tensed asking what they will do because Karan is outside their own house, Prithvi asks her to be calm because he has to think, he wonders what Karan will do first and then remembers that he will try to make a recording of them both because he trying to get a clue of their relation. Sherlin asks how was he able to find them, maybe he’s following them from Luthra house, Sherlin asks him to not come closer to her because this will make Karan’s suspicion become a reality as he is curious of their relation.

This is Fate 4 July 2020 Update ends as Sherlin stops Prithvi because Karan will not leave and will be waiting for them, he asks her to praise his intelligence because if it was not him then Karan would have come inside. She asks him to think, he says that he has a contact who will kill Karan and dispose off his remains, Sherlin gets scared asking that he must not do anything of the sort, however Prithvi says that nothing will happen and if they do not do it then he will surely find them. 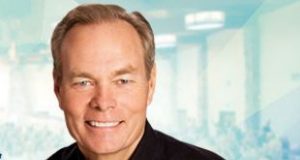