Big Brother Najia Lockdown housemates, Erica and Kiddwaya who are romantically linked in the show couldn’t get their hands off each other as they packed the on PDA last night.

The pair were first seen on the couch chatting and flirting with Kiddwaya placing one of his hands on Erica’s bare bum and the other around her neck.

Erica and Kiddwaya later ended up in the bed, where they enjoyed an intense make-out session under the sheet. At one point, Erica could be heard moaning as it appears Kiddwaya went a little bit far down there. 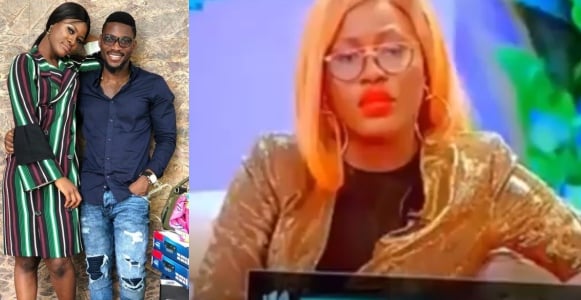 BBNaija: I left Tobi because people think I can’t survive without him’ – Alex

BBNaija: Moment Nengi carried Laycon as they try to reenact the Eric and Lilo Truth or Dare Kissing scene (Video)

“I am not a man of breast, I just like her vibes” – Don Jazzy routes for Dorathy