This is Fate 10 August 2020 Update starts as Sherlin was leaving to meet her mom who was ill when Sanjana comes to meet Sherlin and Mahesh. Rakhi and Kareena asks if Sanjana was ill. Sanjana replies with a no. Sherlin reminds she had been sick two days ago. Sanjana nods at her.

Sherlin takes Sanjana to the kitchen to prepare tea with her. Rakhi feels upset that she considered someone as her daughter, and is unable to attend her wedding today.In the wedding ceremony, Preeta walks to the hall with Shrishti while thinking about Karan. Karan enters the hall, and came inside from right behind Prithvi. Preeta wonders why she is thinking about Karan, she shouldn’t.Karan gets a phone call and goes aside.

The Vermala ritual begins. Shrishti wonders how she should stop this wedding, she doesn’t want a devil brother in law. Prithvi smiles while he puts on the Vermala. Shrishti recalls how they had attempted to stop Rishab and Sherlin’s wedding with Karan. She thinks it doesn’t matter if Karan isn’t here, she will make this wedding a complete flop using his trick. Karan appears from a side and thinks he will surely stop this wedding. Shrishti pushes a wedding platter over Prithvi.

Prithvi stands up at once. Shrishti was at once apologetic that she slipped and the platter as well. Prithvi goes to wash his dress. Karan thinks about some secret plan to stop this wedding.

In the kitchen, Sanjana asks Sherlin why she lied about her illness. And why her hand was injured. Sherlin was irked that Sanjana had gone out of India, then why she did all this. Sanjana says she thought there could be something wrong; there was a lot happening in her in-laws. She wonders how Sherlin was still in the house, when she herself spot Sherlin apologized Mahesh. She convince Sherlin that she has got a blessed life and the best family and husband. Prithvi is a care-free man.

Sherlin pulls a knife. Sanjana was terrified. Sherlin threatens by touching her chin with the tip of knife, but says she can’t hurt her mother then why she is so afraid. Sanjana looks worried for Sherlin. Sherlin warns Sanjana not to say anything about Prithvi, she loves him dearly and needs to stop his wedding with Preeta. She asks Sherlin to take her out of the house, or help her get to the room and divert the family’s attention; she will then leave from the backdoor. Sanjana asks Sherlin why she is so crazy for Prithvi. Sherlin replies, Prithvi is equally crazy for her.

Karan gets a call and was at the corner of the corridor. He spots Prithvi pass by through the corridor, cuts the call and follows Prithvi to accomplish what he came for. In the washroom, Prithvi washes his clothes.

In the hall, the ladies were tensed for Sherlin’s burnt hand and bandage. Sherlin was irritated that these ladies won’t leave her. Sanjana checks the burn, she scolds Sherlin for behaving childish. Sanjana apologizes that she won’t be able to make tea for them. She takes Sherlin to her room where she can give some attention to Sherlin and spend some time with her. Rakhi felt upset for not being able to attend Preeta’s wedding.

Prithvi rubs soap over his face. Karan comes to throw water over his face. Prithvi opens his eyes and was taken aback to see Karan. He warns Karan to leave his wedding hall all at once. He hates watching Karan’s face. His presence ruins his mood. He is extremely happy today.

Prithvi explains to Karan that he doesn’t want to talk with him because he is getting married to Preeta so does not want to ruin the moment, Karan asks him to stop and listen to what he has to say regarding Sherlin.

Sherlin brings her mother to the room requesting that she has taken her away because the Luthras have ruined her life, Sanjana explains that she is tensed and must remain calm, she however asks her to stop as she is going to call him.The phone rings in the Mandap, the Pandit picks it up handing over the phone to Shrishti who gets shocked after seeing the name, she thinks that it will be Sherlin, when she again calls Shrishti picks up the phone, she starts to make her get frustrated and threaten her that she will not be able to stop the wedding because now no one can stop the wedding, Sherlin refuses to accept that it is her.

Shrishti doesn’t believe it, explaining that she is not Sherlin but danger to any good person, she instigates her even further before ending the call and thinking that she believes she has done the right thing.Karan says that he came to talk of Sherlin. Prithvi gets tensed mentioning that there is nothing of the sort, Karan asks him to quit the act as he knows they both are together.

Karan explains that he got tensed after hearing her name and must imagine what will happen when she will come to meet him, Prithvi starts to act as if he is teased but then request Karan to not link her with an outsider, Prithvi orders him to leave before ruining the moment.

Karan refuses to leave saying that he will prove it and must give his phone to him, Prithvi refuses blaming that he always comes to ruin his moment just like he tried to do in the engagement, Karan accepts that he did it but was unsuccessful so now will prove it, Prithvi explains that he is only doing this because he is frustrated and wants to take revenge,

Prithvi informs that he knows why is he thinking like this and it is because he has started to love Preeta which made him refuse to accept the fact that she is marrying someone other than him, Karan gets traumatized hearing this statement which is really true.

Sarla brings Preeta outside asking her to sit as she will take her into the mandap when Prithvi will come, she sits down when they both see Rakhi coming, Sarla starts to think what Rakhi said to her and how she insulted her at the house, She greets her, Rakhi explains that she knows that she was not invited and Sarla even took back the invitation but she was not able to stop herself and so came to meet Preeta.

Sarla explains that she knows Rakhi loves her the same as herself so she will never stop her from giving her blessings to Preeta, Rakhi mentions that she is aware that what happened between their families cannot be short of hatred but what made her come to the wedding was the love which she has for Preeta.

Sarla requests that they do not talk of what has happened in the past as the present day is really blessed for her daughter so she believes if Preeta gets the love of her mother than this will be a moment of pride and happiness for her, she lets her go, Rakhi runs to Preeta hugging her, Preeta mentions that she is very happy to see Rakhi, she explains that she could not resist not coming because of her love.

Rakhi expresses her amazement on seeing Preeta she explains that she is looking realty beautiful and she has not seen anyone more beautiful than her, she mentions that she knows a lot of bad things have happened between their families in the past so she wants them to move forward, Shrishti asks if anyone else came, Rakhi asks Preeta to not cry as it is her wedding day and a very auspicious day for her. Rakhi hugs her.

Shrishti is very anxious and is calling Samer, when he picks it up she starts to burst at him for not coming to Preeta’s wedding, she blames that he is nothing but afraid and scared, he must learn form Rakhi who came even when it was her son who had put forward the condition that if anyone goes to her wedding than he will have no relation with that person, Samer gets shocked when he hears that Rakhi came to the wedding.

Prithvi asks Karan why is he looking so jealous, Karan explains that it is anger which he is seeing on his face, Karan plains that he has decided to stop his wedding and not let him marry Preeta because she was the one to destroy his happiness, Prithvi asks how he is going to do it, does he want to marry Preeta otherwise he does not have any way he can do it, Prithvi asks him to stop because he is getting mad, Prithvi pushes him away which really frustrates Karan.

Samer is trying to convince Shrishti that he will not be able to come to the wedding, she asks him to have some courage and come to the wedding, Samer explains that he cares for Karan and doesn’t want to hurt him, Shrishti says that this means he does not care for her, she wants him with her to stop the wedding, He tries to convince her to not do these childish acts as it is not something which can be taken lightly, Sarla comes from behind asking her to whom she is talking on the phone, they both get worried about what they will answer.

Karan warns Prithvi to not touch him, they both get into a fight and Prithvi holds him by his neck trying to chock him, he explains that he is going to kill Karan and then will have him thrown in the forest, he says that he will then take Preeta with him and do what couples do, Karan gets angry and hits him with a vase.Shrishti throws the phone and tries to act that the screen is dead, Sarla takes her phone saying that she will keep it meanwhile Shrishti has to go and get Prithvi, Sarla does not listen to her complains ordering that she do all the work of Prithvi,

Karan asks Prithvi to wake up, he does not which makes Karan nervous. And when he goes to check him he finds that Prithvi is unconscious, he decides that he will now marry Preeta as he wants to ruin her life just like she has ruined his.Shrishti goes to Prithvi’s room, she wonders why does she have to be with him, she wonders that if he really gets married then she will have to bear him for her entire life, she prays that he get unconscious so he might not be able to marry Preeta, she decides to not calling him.

Karan is with Prithvi he gets tensed when he finds that Prithvi’s clothes havea torn, he calls Samer telling the entire situation, Shrishti is outside finally gathering the courage to knock, Karan gets nervous and geos to check, Shrishti calls asking Prithvi to open the door she informs that she is coming and he must tell her if he is naked. Karan pulls Prithvi, Shrishti is about to enter, when her cousins call her they ask if she is going to meet her brother in law.

This is Fate 10 August 2020 Update ends as Shrishti gets mad and then asks them to join her but they both run away, Shrishti wonders what has gotten in them, she explains that she cares for her self-respect and is coming in, she comes in and gets shocked finding him naked, she asks him to come by himself as she will not come to call him again, she leaves the room. Kara gets up thinking that she also wants her to get married with Preeta. 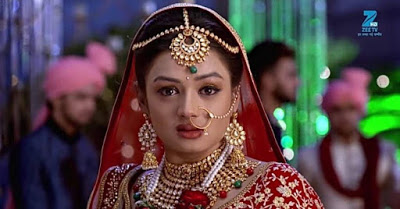 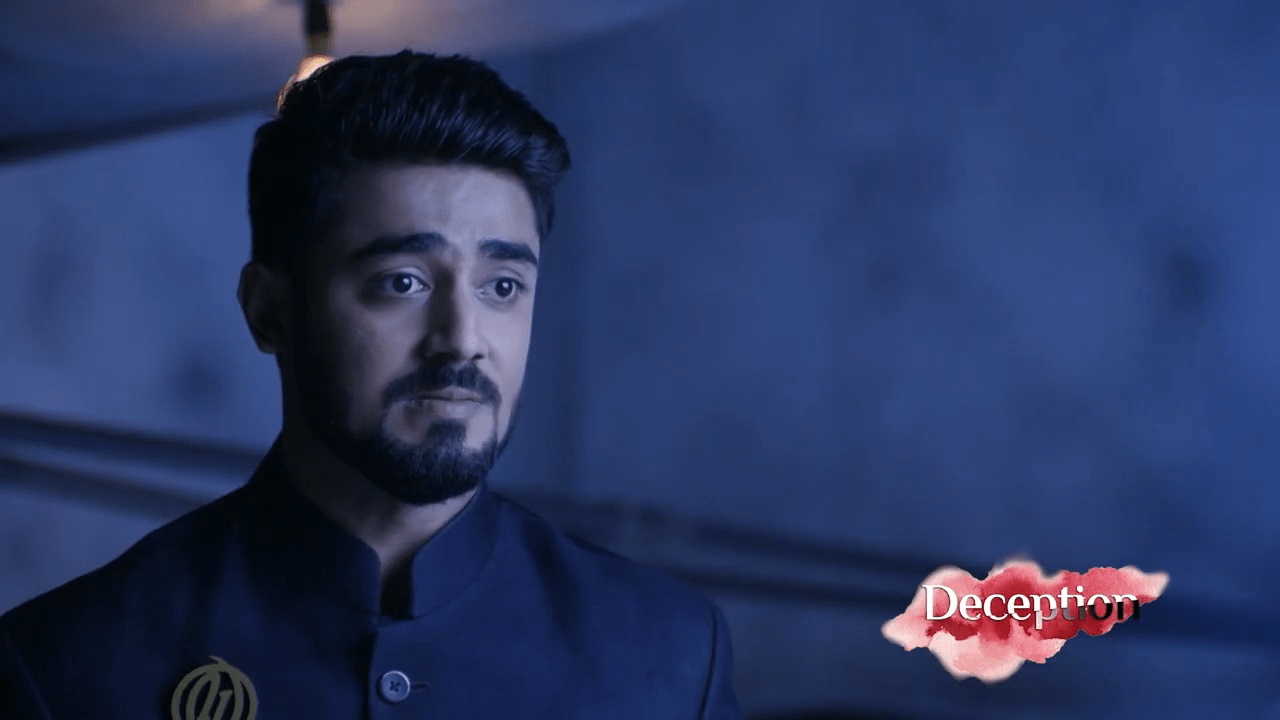 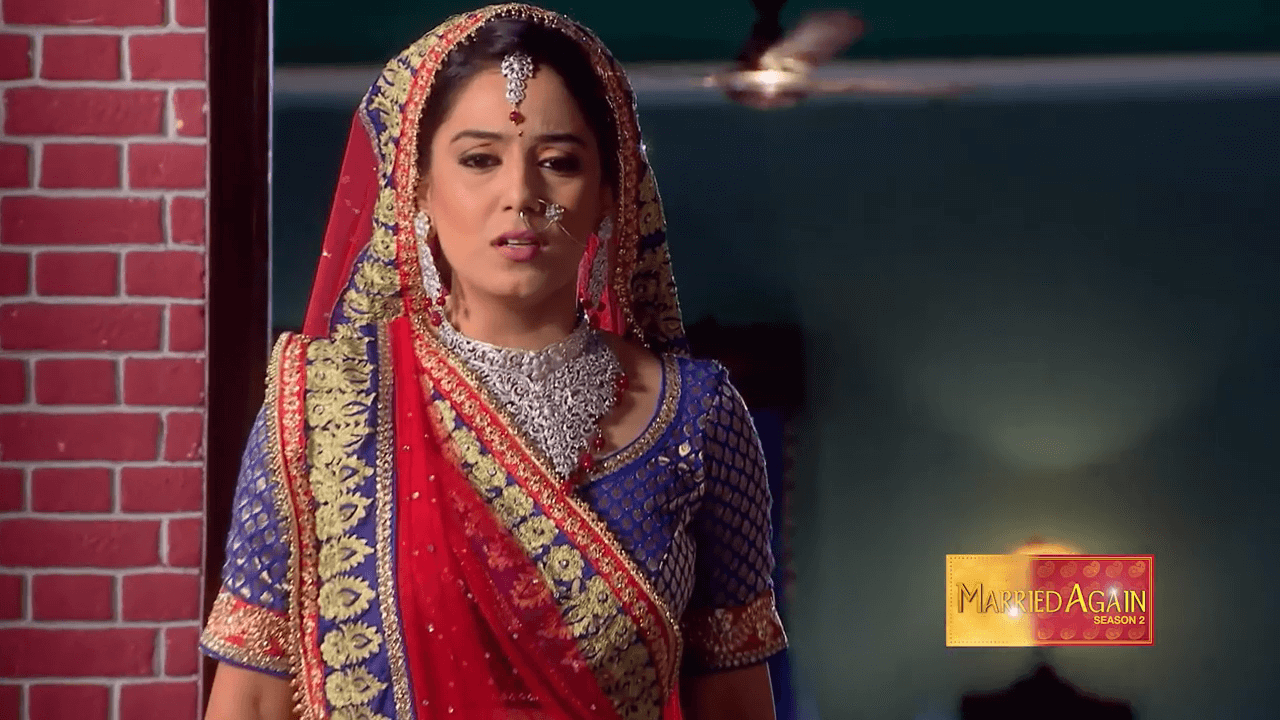